On our annual list of New Jersey’s most powerful non-elected officials, we have a tie this year – a tie not of rivals, but of partners.

We typically like to reserve the top spot on the Power List for a choice that reveals something symbolic and iconic about politics in the state right now.

With that in mind, this year we considered a personification of Hurricane Sandy for number one, considering the storm’s powerful influence over the general election cycle and its narrative import in the political life of Gov. Chris Christie.

Another option was to recognize Independent Expenditures, since well in excess of $38 million from IEs – a record amount of money – went into campaigns during the 2013 cycle.

One can very easily make the case that IEs unsettle – and even derail – everything else on this list. Certainly the money pouring into district races from unknown entities went far in dehumanizing N.J. politics and deflating the retail component that has defined many of the state’s battleground districts.

Then there was Mike DuHaime, chief political strategist for Gov. Christie, and another strong contender for the number one slot based on Christie’s prep work for a 2016 presidential run.

As it turned out, DuHaime finished in second place on this list of New Jersey’s most powerful non-elected officials, a jump of two spaces from his 2012 incarnation.

This year the honor of Number One belongs to Louise Walpin and Marsha Shapiro, the two most visible same-sex marriage activists in this state, who celebrated a judge’s decision last month by getting married on the morning it became legal in New Jersey.

U.S. Sen. Cory Booker typically speaks of how community activists inspired him from his earliest days in politics, and in that spirit we recognize the power of Walpin and Shapiro, who as private citizens took their fight for equality to the streets and into the halls of government to needle, debate, argue, cajole, testify, address and persuade, and turn people like state Sen. Ray Lesniak (D-20) into advocates and activists for their cause.

By the time they won their court case and out-flanked a governor’s override of same-sex marriage, “Marsha and Louise,” as they came to be known in activist circles, had contributed to a significant and historic political event in their home state.

And now, as they say in the fight game – may the best woman win!

A note about the rationale behind other Power List choices

The fact that the bulk of the early picks go to Christie confidants signifies the power of the executive coming off a huge 60-38% re-election victory, and particularly the powers of this nationally ambitious executive.

This year’s list also contains a cross-section of names from the political worlds of Senate President Steve Sweeney (D-3) and Jersey City Mayor Steve Fulop, as those two powerful South and North Jersey politicians collide in the backrooms in a statewide effort to succeed Christie.

The inner sanctum of Booker receives a boost this year, too, thanks to Booker’s victory over Republican Steve Lonegan in the special general election for U.S. Senate.

But Lonegan – as the list illustrates – was too potent a campaign force to vanish from politics.

As in past years, the list excludes former governors and judges. 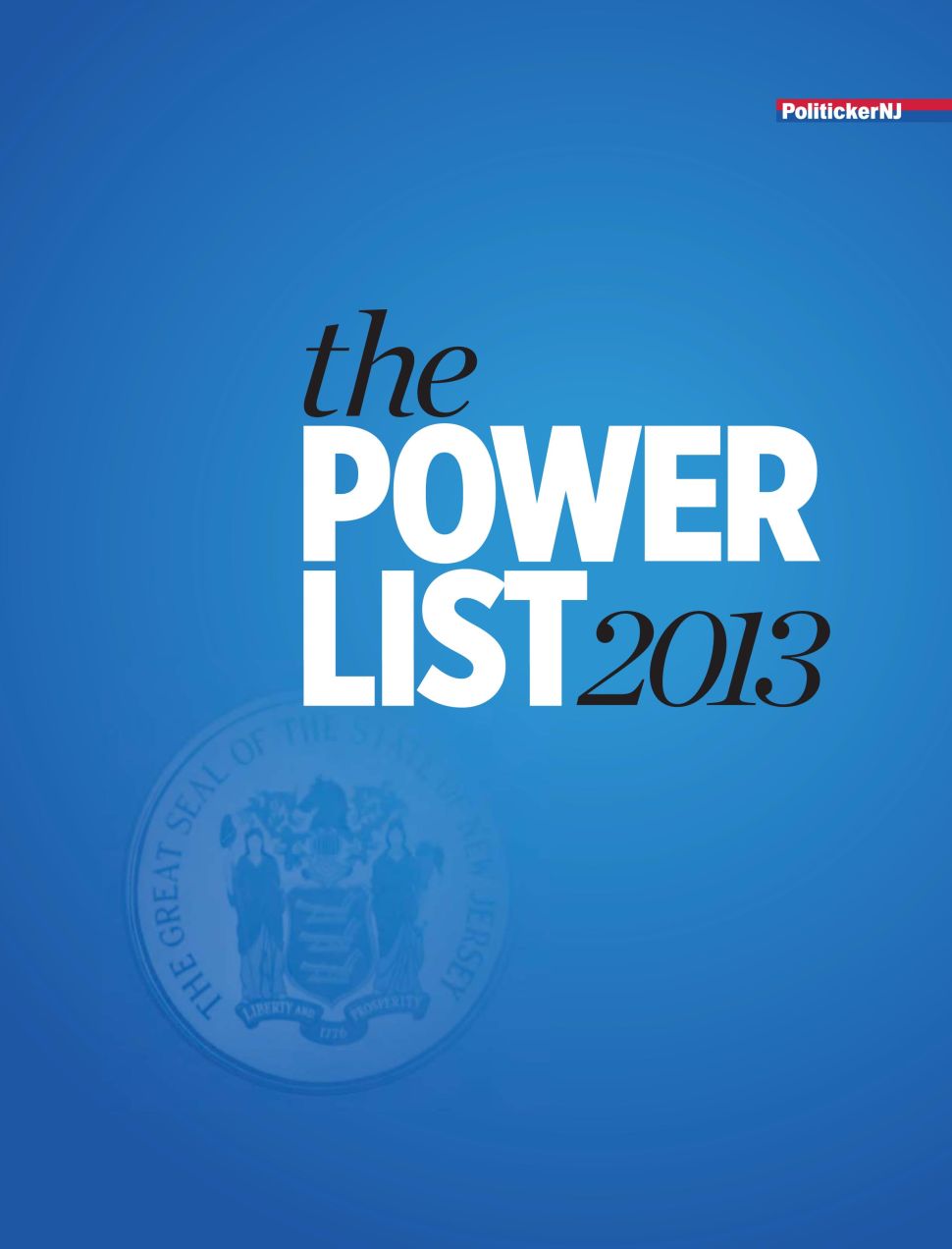