Battleground Democrats not named Barbara Buono in this cycle had a two-pronged mission: don’t get on the bad side of Gov. Chris Christie, and stay away from Buono.

Their marching orders were simple: keep local, keep regional, keep positive (the IEs would handle the dirty stuff in a big way and allow the candidates to act morally aghast in good measure),  keep your head down, and tout bipartisanship and the virtues of working with a Republican governor.

While Washington stagnated in Tea Party sepsis, New Jersey – or so Christie kept telling people – had a good government story to tell: a story of bipartisanship, and the Democrats were only too happy to help him craft that narrative.

Until the final days of the campaign, long past the time when he had shut down questions from the press, Christie stayed away from South Jersey and stayed away from battleground districts, allowing incumbent Dems to counter punch Republicans with the considerable assistance of out-of-state IEs, while singing their own echoing phrases of cooperation with Christie.

Christie proved too strong in the polls, strategists said.

The only way to handle the thorny problem of his presence on the ballot would be to localize and savage early the candidates of state Senate Minority Leader Tom Kean (R-21), and make them seem farther away from the governor than Democrats who work with him in a fully functioning Trenton Statehouse.

Throughout the cycle, insiders anticipated a tightening at the top of the ticket.

But it didn’t happen.

Democrats trusted in the map.

“There was someone responsible for that map,” cracked a grinning Assemblyman John Wisniewski (D-19), Sayreville, this weekend at Middlesex County Democratic Chairman Kevin McCabe‘s hotdog rally.

If all else failed, Democrats would have wholesome blue districts to fall back on if Christie continued his ascendancy in the polls.

A blip appeared on the screen at the beginning of the summer when Buono attempted to install Assemblyman Jason O’Donnell (D-31) as chairman of the party.

A Bayonne firefighter, O’Donnell would have traveled the state on a flatbed truck with a bullhorn getting in the face of Christie and projecting a contrast argument.

Threatened incumbents didn’t want contrast. Contrast helped Buono, who like O’Donnell had voted against the public pension and benefits overhaul championed by Christie and Sweeney.

It was the signature piece of bipartisan reform both men could claim.

As far as Sweeney was concerned, O’Donnell mangled that message.

So the party mangled O’Donnell.

“They wanted a silent chairman,” a source told PolitickerNJ.com.

The party got Passaic County Democratic Chair John Currie, a figure of gravitas who made an early declaration that anyone who defected from Democratic Party ranks would get the bat treatment, just before another stampede of Democrats crossed no man’s land to endorse Christie.

“If I wanted a party I’d have guests over,” U.S. Sen. Cory Booker (D-NJ) told a group of long-suffering Somerset County Democrats on Sunday night.

A little ruffled by events, Democrats trusted in the message.

The message was intact.

So was the map.

Sweeney’s senate race is the most expensive in the state, and the senate president, discomfited by the challenge of Kean’s candidate Nikki Trunk, reached for the Philadelphia network TV ad buy in a move that had Republicans howling.

Not becasue they thought they could beat Sweeney, but because they had made him spend money.

The State Republican Party didn’t need to spend a dime on protecting incumbents in the senate.

They had Christie for that.

On his final tour of the state, in the last full week of the campaign, Christie picked three districts in which to brand as “obstructionist” those Dems imploring voters to recognize their capacity to work with the governor.

Other torque point considerations on Tuesday:

If Christie wins by 30 points as Quinnipiac and Rutgers say he will, there could be big losses up here, from LD 38 to even LD36. Democrats have hounded incumbent Republican Sheriff Mike Saudino, playing up his differences with his own party leader County executive Kathe Donovan. But the Bergen Record backed Saudino in its formal endorsement yesterday, adding another ripple of worry to Dems who fear Christie coattails but keep checking with their company commanders in Mike Muller world who tell them they will be fine.

Four years ago the governor’s presence on the ticket dragged three candidates onto the County Freeholder Board. Christie wants a similar outcome this year as the GOP seeks to dethrone Sheriff Richard Berdnik with challenger Frank Feenan. Rattled Democrats are hoping the presence on the LD 35 ticket of GOTV machine Assemblyman Benji Wimberly (D-35) can spike urban vote totals to check up county GOP incursions into the south. Dems also trust in Berdnik’s toughness in his hometown of Clifton.

The LD 14 tickets finished a bloody campaign cycle in the bellwether battleground town, roughly half the district. Team Inverso and Republicans rallied at the Nottingham Firehouse at an event headlined by Lt. Gov. Kim Guadagno. Team Greenstein huddled up with the Hibernians. Greenstein has labor support, cash advantages and a reputation as the hardest working retail politician in the state. Inverso has an arsenal of goodwill engendered as the author of Meghan’s Law, an 11th hour ad endorsement by Christie, and a strong incumbent mayor here in Kelly Yaede. Democrats possess the added GOTV assistance of Assemblyman Wayne DeAngelo (D-14) of the Building Trades, who in 2011 recorded the highest vote totals of any lawmaker in the state.

The governor finished his bus tour tonight in the north Hudson town of his cross-the-aisle ally Stack. In search of Hispanics to bolster his national designs, Christie wants big Latino vote totals overseen by his allies in each of the above Latino-dominant strongholds. The Elizabeth Board of Education v. state Sen. Ray Lesniak (D-20) imbroglio spills over into a general election this year with Christie allies fighting here on his behalf.

Republicans have quietly promoted the candidacy of challenger Don Guardian, who is taking on incumbent Mayor Lorenzo Langford. The GOP worried about an urban race in LD 2 spiking the vote for state Sen. Jim Whelan (D-2), who is trying to fend off Atlantic County Sheriff Frank Balles. But Langford’s unpopularity seemedworth the risk, a source told PolitickerNJ.com. 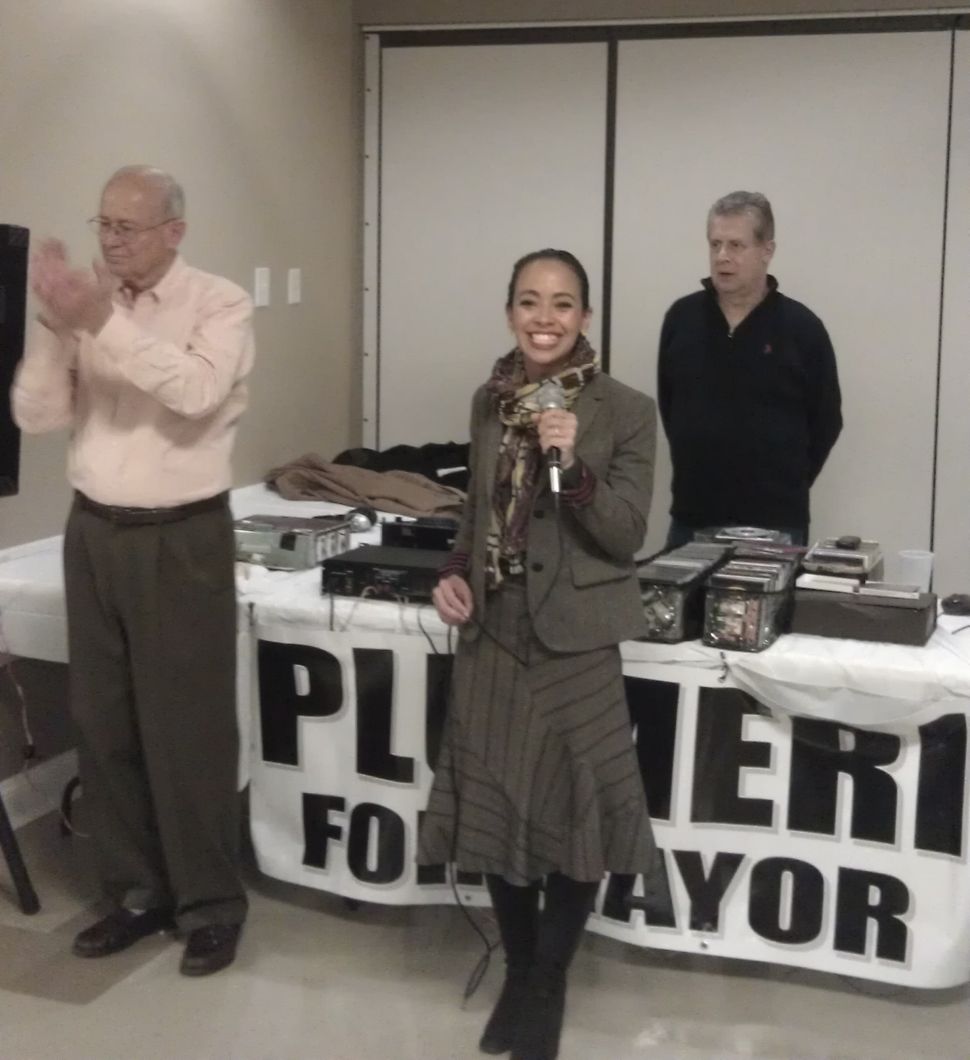