Andrew Cuomo shows off the guns while getting a flu shot. (Photo: Flickr/governor’s office.)

Andrew Cuomo is bringing sexy back–at least as far as his press conferences are concerned.

Earlier this morning, New York’s governor fielded a bevy of inquiries about People magazine naming him the sexiest man his age in their latest edition. Although Mr. Cuomo addressed the topic with reporters yesterday, he continued to be asked about it and again tried to direct attention to what he feels is the sexiness of the state.

He was also asked about edging out actor Alec Baldwin, who is also 55 years old, in People‘s rankings. “No comment on that,” Mr. Cuomo said, drawing laughs.

Below is a transcript of the exchange, which took place at a press conference at the Jacob K. Javits Convention Center touting food that will be going to needy families this Thanksgiving:

Reporter: We understand that you have some sort of new significance as far as People magazine is concerned.

Andrew Cuomo: … I wouldn’t call that a new significance.

Reporter: Tell us about it. What is it?

Andrew Cuomo: You tell me. Give me specifically: What are you asking me about? …

Reporter: It’s about how you’re one of the sexiest men in the city.

Andrew Cuomo: Oh, you didn’t want to say it, right? You found it incredible, is that what it was?

Andrew Cuomo: In his fifties, in his mid-fifties, late-fifties–obviously I was dealing with a very limited pool of competition. But I think more than anything, I think–the State of New York is sexy, right? New York is a sexy state. Therefore the New York governor is a sexy position and I can only assume that that’s what they were referring.”

Reporter: Do you have to live up to a certain standard now for that?

Andrew Cuomo: I think that was the standard. I don’t know how they got there, but however they make the classification, I’m going to stick with it.

Andrew Cuomo: They did leave out Alec Baldwin.

Second reporter: No, you beat him.

Andrew Cuomo: Oh, I beat him? Well, no comment on that. 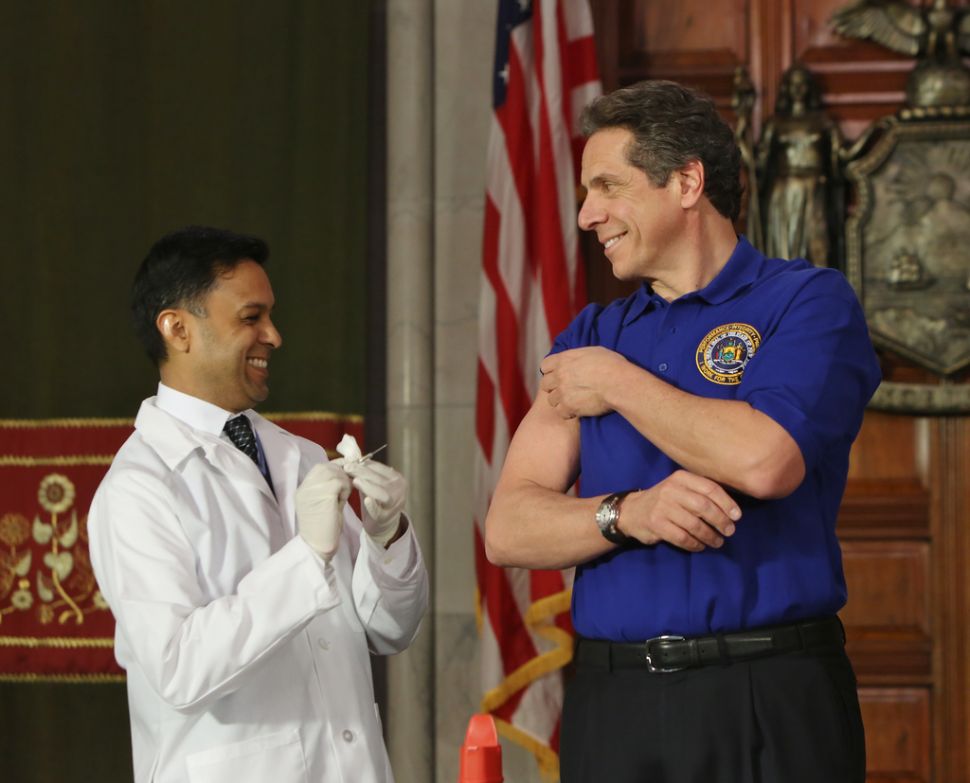