ATLANTIC CITY – The Indian God Ganesha sat in a glass case in the middle of the ornate interior of the Foundation Room in the Showboat where a beaming Assembly Speaker-elect Vincent Prieto (D-32) welcomed an eclectic group of guests.

Prieto’s advance staff likely had no idea of forging a subliminal connection between Prieto and the colorfully adorned statue, but it so happens that Ganesha is the diety in charge of removing obstacles, and Prieto says he has a similar goal.

“I’m a consensus builder,” said the man annointed speaker by the new nexus of South Jersey and Hudson County. “What you see here is indicative of what we are trying to do in Hudson as well as statewide.”

It’s been a good year for Prieto, who in the aftermath of the Jersey City mayor’s race succeeded Mark Smith as chairman of the Hudson County Democratic Organization (HCDO) and then secured the votes to succeed Speaker Sheila Y. Oliver (D-34).

“Leadership in part is putting good people around you,” said DiVincenzo.

SEIU 1199 leader Milly Silva was also in the room.

Beaten two weeks ago as the LG candidate on a ticket with Democratic gubernatorial candidate Barbara Buono, Silva has been an active and energized presence in many rooms at this League of Muncipalities conference.

“She didn’t go and lie on a beach somewhere, that’s for sure,” croaked one insider, impressed by her visibility as the smiling Silva glided past in the exotic decor. 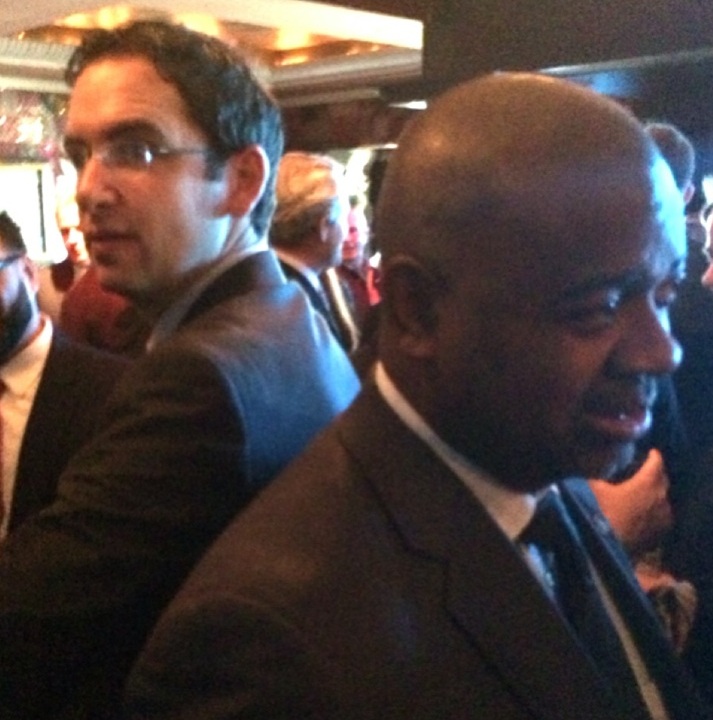