TRENTON – Vinny Prieto, born in Cuba, made it to America with his family when he was a 10-year-old boy. On Thursday, Prieto made it to one of the top leadership positions in the state when he was named Speaker of the Assembly.

Prieto (D-32) will become the 215th Assembly Speaker and the second Cuban-American to serve in the leadership post. The Secaucus resident will preside over the 80-member General Assembly, where Democrats have held the majority since 2002.

“I am humbled and honored to receive the support of the Assembly Democratic majority,” Prieto said in a statement. “As Democrats, we stand tall for a strong middle-class, protecting our most vulnerable, creating jobs, providing a quality education for all and property tax relief. We have made great strides, but more work always remains and new challenges will arise. I am excited by the opportunity ahead.”

Prieto became Assembly Budget chairman in 2012, and previously chaired the Assembly Regulated Professions Committee. He also served as Deputy Majority Whip from 2006 to 2011.

Prieto will succeed Sheila Oliver (D-34), who served as Speaker since 2010.

When speaking to the press, Prieto praised Oliver’s tenure as speaker and noted that a smooth leadership transition process was in place

“Since this is the people’s house, we are going to continue fighting for the working class,” Prieto said. “Since I got to Trenton in 2004, everything has been about property taxes. That’s still a problem, and we’ve got to focus on it.”

“As the budget chairman, I’ve had a good relationship with him,” Prieto said. “We have to put our difference asides and work together now.”

Prieto will officially become speaker on Jan. 14, when the Assembly has scheduled its reorganization. He will be joined in the Democratic leadership by Lou Greenwald (D-6), who will return as Assembly Majority Leader.

Today’s selection of Prieto continues a recent Hudson County Cuban connection in the Speaker position: he follows current-U.S. Rep. Albio Sires (D-8), who served as the Speaker from 2002 to 2005. 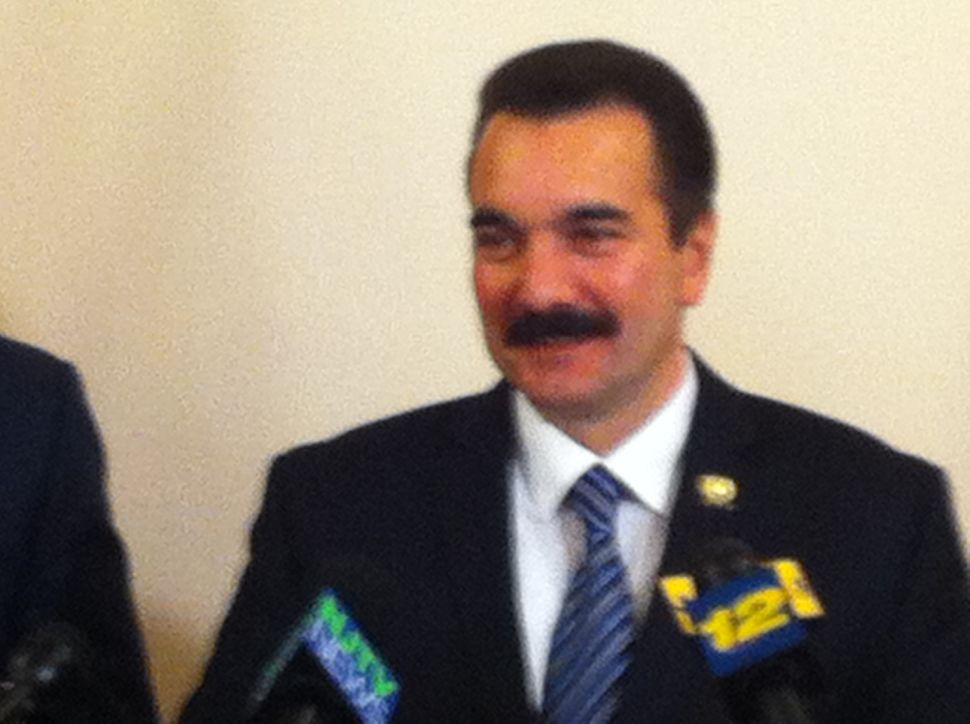