They came far and wide to the bright light in the swamps of Secaucus where the latest man with a moustache to mount the statewide stage of leadership led a crowd of 250 people eager to embrace the imminent speakership of self-professed coalition builder Assemblyman Vincent Prieto (D-32).

It’s pro forma at this point.

Tonight was the countywide exclamation point on his ascension.

“Now is the time to keep everyone together,” said Prieto to hand claps.

He’s the chairman of the Hudson County Democratic Organization (HCDO) who’s been able to coalesce people more in the span of a few months than the course of the last number of years, emcee Joey Muniz said.

Sacco lapped up the applause as Muniz referred to the veteran state senator as the new party leader of North Jersey.

It was Sacco who cut the deal with South Jersey Democrats to make Prieto speaker.

Presenting himself as Prieto’s right hand man in Trenton was Cosmo Sirrillo, lately of Jimenez’s office. 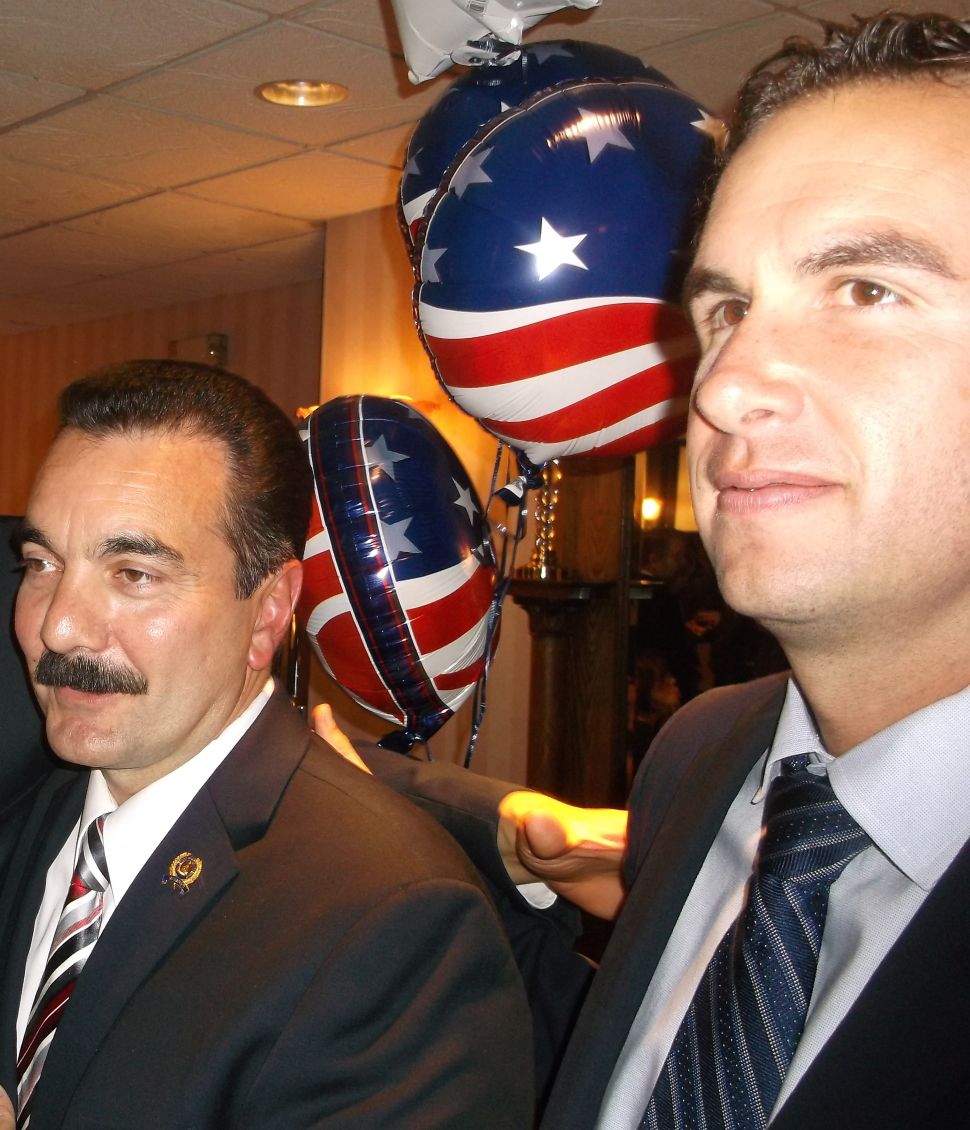