HACKENSACK – Bergen County election officials will count provisional ballots Tuesday in the closely-contested races for Assembly in Legislative District 38 and the Bergen freeholder board.

The LD 38 Assembly and Bergen freeholder races were too close to call after machine votes and absentee ballots were tallied last week.

The Bergen freeholder race will be determined from a pool of more than 1,400 provisional ballots. The freeholder race results were also extremely close. Republican Freeholder Maura DeNicola is currently the top vote-getter with more than 97,400 votes. She is followed by Democrat James Tedesco, a former Paramus mayor, with 97,182 votes and Republican Freeholder John Felice with 97,177 votes. GOP Freeholder John Mitchell is in fourth place with 97,126 votes, standing behind Felice by only 51 votes.

If the results stand, Democrats will expand upon their freeholder majority by one vote. The potential new 5-2 alignment would provide the Democrats with their own veto-proof majority.

The provisional ballots will be counted at the Bergen County Board of Elections offices in Hackensack beginning at 5:30 p.m. Democratic and Republican operatives have told PolitickerNJ.com that both sides have “lawyered up” in anticipation of a recount. 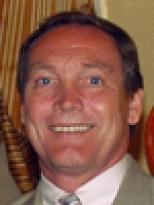