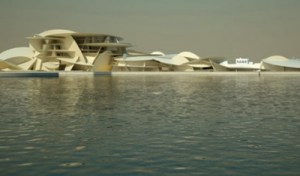 The Qatar Museums Authority has announced that Sheikha Amna bint Abdulaziz bin Jassim Al-Thani will direct the National Museum of Qatar, whose new Jean Nouvel plant is expected to open at the end of 2014 and “will celebrate the culture, heritage and future of Qatar and its people.”

Doha News has a bit more about the sheikha:

Al-Thani has served as acting director of the museum since last December, and before that served on the steering committee. She graduated from Carnegie Mellon University with a business degree and obtained her Master’s in sociology from the London School of Economics and Political Science.

The Qatar Museums Authority is headed by Sheikha Al-Mayassa bint Hamad bin Khalifa Al-Thani, sister to the emir of Qatar.

Thanks to Georgina Adam for the tip.