As at least seven candidates jockey for the role of City Council speaker–the second most powerful post in the city–Brooklyn’s role in the backroom contest remains an open question.

Brooklyn’s Democratic Party leader has far less sway over his delegation than chairs in Queens and the Bronx, according to insiders closely watching the process. While Queens’s chair, Congressman Joe Crowley, is expected to tightly control most of his borough members’s speaker votes, Brooklyn’s Frank Seddio will struggle to wield the same influence–even though Brooklyn has more members than any other borough.

Mr. Seddio took over his organization last year after a sexual harassment scandal felled his predecessor, Vito Lopez, and vowed at the time to take a lighter-handed approach. In 2005, Mr. Lopez was able to strong-arm members into supporting Christine Quinn, ruffling feathers, but winning some spoils, including powerful committee chairmanships for several Brooklyn members.

“I think that the current Kings County chair is having difficulty herding his cats,” said one Brooklyn Democratic source, who, like many insiders interviewed for this article, requested anonymity in order to speak freely about the politically sensitive race. “When he took over he spoke at great length about the new day in Brooklyn, about not twisting arms and about being more inclusive and open to all. He must be realizing now that it is easier said than done and he does not have much of a grip.”

Complicating Mr. Seddio’s path even further is the emerging force of the race: the left-leaning Progressive Caucus. The group’s most visible leader, Councilman Brad Lander, represents Park Slope, and five of the caucus’s other members call the borough home.

The caucus hopes that, by sticking together, they will be able to boost the prospects of more left-leaning speaker hopefuls, including Manhattan Councilwoman Melissa Mark-Viverito and Brooklyn’s Jumaane Williams, who are both members. Other candidates, including Queens’s Mark Weprin and Manhattan’s Dan Garodnick have also been carefully courting the bloc’s vote.

The caucus will vet speaker candidates this Sunday. If their coalition ultimately crumbles, more county-friendly candidates like Bronx Councilman Jimmy Vacca or Mr. Weprin could benefit.

Mr. Seddio’s influence, while paling in comparison to some of his predecessors, can’t be ignored. His organization fared respectably during this year’s election, backing several moderate candidates across southern and central Brooklyn, including Alan Maisel, Mark Treyger and Robert Cornegy. One council member pegged the number of colleagues loyal to Mr. Seddio as high as 10–though others have put the number far lower.

A scenario still exists where Mr. Seddio could choose to align with one or more of the other county organizations to create a counter-bloc to the progressives. Eyeing the tableau, one source close to the Brooklyn Democratic Party predicted the three main county organizations would unite to crown a candidate, leaving the progressives out in the cold.

“Basically, Brooklyn has a deal, an understanding. Brooklyn, Bronx and Queens are going to act together. We believe we have 28 to 30 votes,” said the source. “We’re feeling pretty confident that we will play an integral part in picking the next speaker. All of the county leaders are close friends, they talk every day. Quite frankly, no one is breaking 30-year relationships to make the progressives happy.”

Others, however, were more skeptical. “Seddio is going to end up getting shut out if he doesn’t cut a deal soon,” predicted a Brooklyn source unaligned with Mr. Seddio or the progressive bloc. “Queens and the Progressive Caucus are going to unite behind someone and make a deal–they’ll leave Seddio holding the bag.”

But in an interview last month, Mr. Seddio (who was unavailable for comment today) told Politicker that he was hopeful his borough’s delegation–including its progressive members–would settle on a single candidate.

“I’d like to think the Brooklyn delegation would stick together and be unified,” he offered then. “I want to ensure we get the best for all of Brooklyn. We’ll be a major player and we’ll have a unified position. I hope the Brooklyn members of the Progressive Caucus will join with Brooklyn in supporting one candidate.” 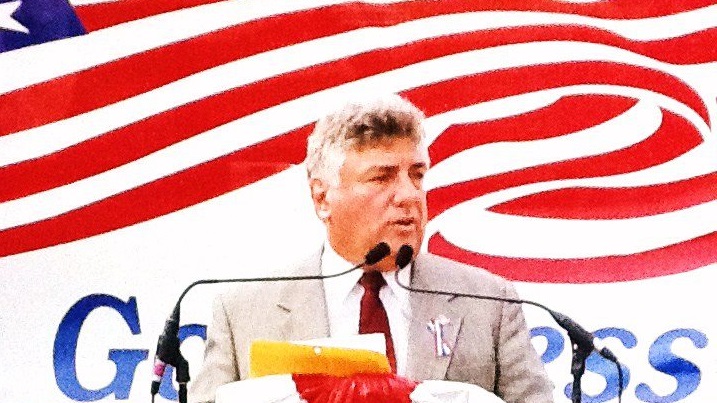