NEWARK – When Luis Quintana was ceremonially sworn in Tuesday afternoon as Newark’s 39th mayor by state Sen. Dick Codey (D-27), the former governor reminded the new mayor about both the permanence and fleeting nature of power.

“You know, for the rest of my life, I’m the governor, right?,” said Codey, who became governor in 2004 following the sudden resignation of Jim McGreevey. “Luis, eight months, nine months, it doesn’t matter – you’re the mayor.”

Quintana’s ascension to the Newark mayoralty follows Cory Booker’s departure to Washington, D.C. after his victory in the special U.S. Senate election in October. Booker was elected to complete the late U.S. Sen. Frank Lautenberg’s term; Quintana will complete Booker’s term in the months before the May 2014 Newark mayoral election.

“Newark will never be divided under my leadership,” Quintana, who was officially sworn in Nov. 4, said before a packed crowd inside of the council chambers. “I will say to our Congressional leaders, ‘Bring home the checks. Bring home the relief for the citizens of Newark.’

“I’m here to do a job so that the future mayors can have a pattern of good government,” Quintana, a councilman since 1994, added. “It’s not that we criticize who served before, but we want to change the tone. We want citizens to come to this building and be treated with decency and respect.”

After his speech, Quintana addressed his top priority as Newark’s interim mayor.

“We’ve got to get more money for cops, and put more cops on the street,” Quintana said in response to a dramatic spike in murders in Newark over the past few months. “People want when they call the police department, they are able to get police officers to physically go there.”

Quintana’s unanimous selection by the City Council as mayor leaves his previous position as council president open. The three council members who are running in the city mayoral election offered their thoughts to PolitickerNJ.com as to who the next council president should be.

“I think Councilwoman [Mildred] Crump should be the council president,” said South Ward Councilman Ras Baraka. “She’s the only woman on the council, and she’s the longest-serving African-American that sits on the council. It sends a clear message to the people that there is no division in the city.”

“We’re having some discussions now on the council, and hopefully we’ll come up with some kind of consensus,” North Ward Councilman Anibal Ramos Jr. said.

“From the smallest decisions that I make to the biggest, I listen and talk to everybody, and that includes my council colleagues and constituents,” said Central Ward Councilman Darrin Sharif. “On that day [of the vote], then people will know what my vote is.”

All three councilmen said that they anticipated a vote for council president sometime next week. 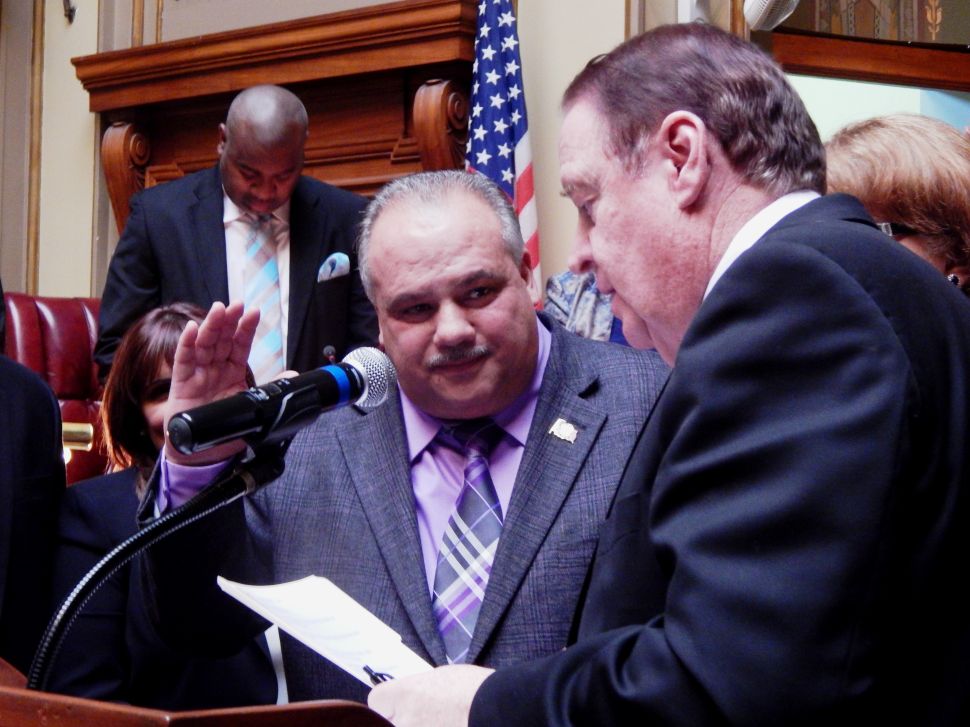