John Gambling, the WOR radio host famous in New York’s political world for co-hosting a weekly show with Mayor Michael Bloomberg, is leaving his post just a handful of days before Mr. Bloomberg leaves office at end of the year.

Mr. Gambling, 63, made the announcement early this morning on the air.

“It’s just a lifestyle that’s tired me out. As I think I’ve said to you before, I get so uncomfortable with going to bed at 7 o’clock at night and leaving my wife all alone,” he said of the decision. “I jokingly say that I suspect she has an entire different family somewhere because I would have absolutely no way of knowing.”

Still, Mr. Gambling, who said he decided to retire on October 1 and was asked to keep it quiet until today, celebrated his “27 glorious years” running a morning radio show in the city and 40 years in the business.

“[It] is an opportunity that few ever have. It has been one that I have cherished,” he said, adding that there are “so many options” about what he’ll do next.

“It was a decision I didn’t come to quickly or easily, but I am thrilled with the decision,” he reflected. “I am absolutely ecstatic about the idea of spending the winter in Florida.”

Mr. Gambling, who followed in his father’s footsteps, also noted that, “It will be the first time in 88 years that there will not be a Gambling on New York radio.”

Mr. Gambling seemed to get on especially well with Mr. Bloomberg, putting the mayor at ease and creating a long record of controversial, off-hand statements on topics of the day, ranging from suggesting New Yorkers go to the bathroom less frequently to requiring that all public housing residents be fingerprinted–to name two recent examples.

The host’s last day will be Friday, December 20.

WOR says they have begun the search for a new morning show, which “will be announced soon.” 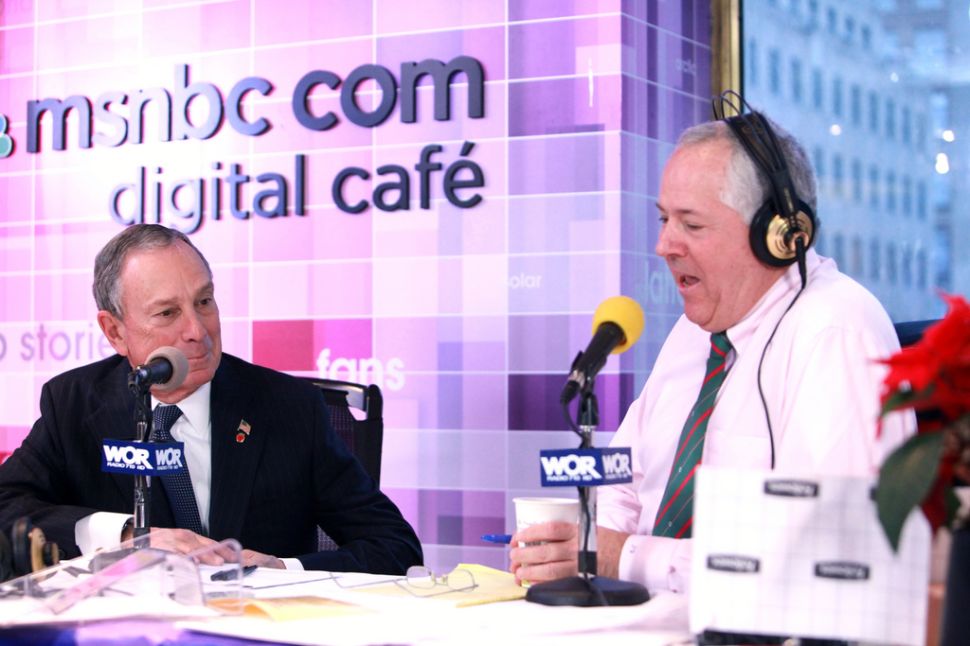