NEWARK – In a continued push to demonstrate organizational strength in the face of strong challenges, Newark mayoral candidate and North Ward Councilman Anibal Ramos, Jr. accepted the endorsement on Monday of three out of five Democratic ward chairmen at his North Ward headquarters.

“I know that there are some people who are hiding in the shadows who want to throw shots without knowing the great amount of organizational strength that we have,” said Ramos, responding to lingering whispers uttered at last week’s New Jersey League of Municipalities conference in Atlantic City which implied that Ramos’ campaign was in trouble. “The fact is that we’ve raised more money at this point than any other candidate running for office. And I’m very proud of the fact that we’re taking our message into every community of this city.”

In a city where the Essex County Democratic Committee exerts control through its street-level ward chieftains, these chairmen play critical roles in getting out the vote for Newark mayoral candidates.

In Newark’s largely African-American Central Ward, Speight was confident that he could turn out the vote for a Latino candidate in the May 2014 election.

“We’re going to make sure that everybody in the Central Ward knows that Anibal is going to be mayor for African-Americans, tall people, short people, fat people, small people, all people,” Speight said.

“Out of the two of them, I really don’t see a ground operation that I would be pleased about,” Speight said. “Anibal will be successful in the Central Ward because of our ground operation. We’re ready.”

But the West Ward Democratic chairman, state Sen. Ron L. Rice (D-28), pointed out that not everybody in Newark is ready for Ramos to be mayor.

“I don’t think the majority of the residents of Newark expected those chairs to endorse anybody but Anibal, regardless of what ward they live in,” said Rice, who has yet to publicly endorse any mayoral candidate. “We understand what their relationships are to the powers that be.

“Anibal is a very nice guy, but he has a relationship with [Essex County Executive] Joe DiVincenzo, a political boss of great magnitude,” added Rice. “Anything that Joe D is involved with at the county involves the people around him. There’s a credibility problem there.” 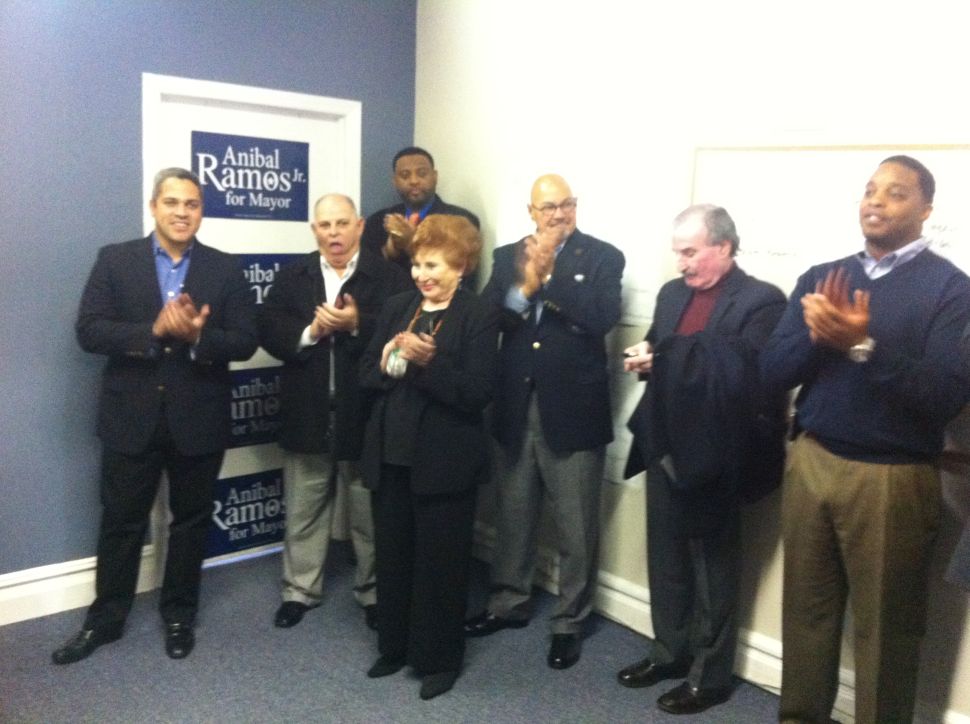