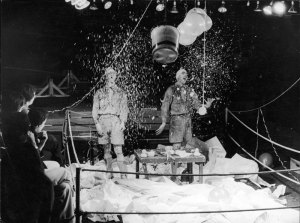 It has become a common lament. New York is too expensive to support new art. Young artists, priced out, opt for Berlin or Mexico City or Los Angeles. “The resources that keep the city vibrant are being eliminated,” David Byrne wrote recently. He settled in New York in the 1970s, the decade that is the subject of this exhibition, which overflows with work by about two dozen artists who populated derelict industrial spaces in lower Manhattan then and created performances that combined dance, music, theater, visual art, vaudeville and sundry other genres.

This work is messier, harder to categorize and sometimes more violent than the performances of the 1960s. Vito Acconci stalked people in the streets, Yvonne Rainer injected autobiographical narratives into her choreography (“I am a performer, a dancer, a director, a person who has been through shit and come up smiling, etc.,” she said in a contemporaneous interview), Laurie Anderson played violin outside wearing ice skates lodged in blocks of ice, Jack Smith hosted long, elaborate theater shows in his Soho loft that started long after midnight, were fueled by drugs and went on for hours. Here too are Robert Wilson, an early pioneer, and Mike Kelley, who carried the project forward, with trace marks of his 1980 New York debut performance (he forbade filming), a body of work that remains too little shown. 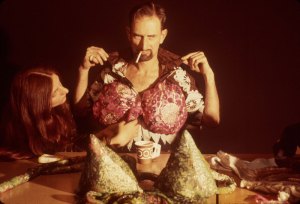 Much of this work is on view at the Whitney in the form of documentary videos, photographs, invite cards or, in the case of Mr. Smith, dazzlingly decorous props. (In the case of Ralston Farina, whose works often lasted just a few moments and who died unexpectedly in 1985, just a handful of photos and rumors remain. The show presents posters and remembrances from fans like John Cage.)

Alongside household names are many lesser-known figures, and it’s these artists who steal the show. There’s Theodora Skipitares, who built sculptural tableaus along walls, which she paired with slides projections in performances, hiding behind masks or contorting her body to fit her backdrop. And Squat Theatre, a gang of Hungarians expelled from their home country who set up shop on West 23rd in 1977 and put on open-ended, nonsensical performances: One had German terrorist Ulrike Meinhof arriving from outer space and trying to kill Andy Warhol. (You can get a taste with a video that shows a Warhol impersonator on a horse galloping through Manhattan.) And the Kipper Kids, two Britons whose madcap performances—everyday rituals that devolve into antic violence—make Gilbert & George look like men of the cloth. 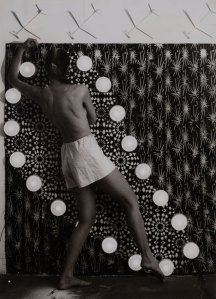 I could go on, mentioning Ericka Beckman’s charming films of recess-style games with a marionette, then-emerging composer John Zorn’s intimate shows in his apartment, where he presented little objects on stages just a few inches wide, the sets Michael Smith made for his normalcy-lampooning performances, dressed as a diapered baby or a hapless everyman he called Mike—but really you should just go see this exhibition and spend some time in it. As curator Jay Sanders puts it in his excellent catalog essay, this period of art history has existed as “a crisscross of secret histories that largely reside in collective memory of the artists themselves.” His show goes a long way toward illuminating those histories.

And these artists serve as startlingly fresh antecedents for some of today’s most electrifying performers, like Georgia Sagri (who sometimes uses Skipitares-esque sets), Tris Vonna-Michell (whose wily performances allude to Zorn and Stuart Sherman and, from what we can tell, Farina), Brian Belott and Liz Magic Laser (who intermixes culture, politics and the personal, like many here). New York, in its gentrified form, may be trickier terrain for young artists, but they’re still making a go of it in new, more distant neighborhoods, spread among a dispersed network of venues. “Rituals of Rented Island” is an essential show. It presents a rich, underexplored era, but a hint of melancholy always lingers: Even when thorough documentation exists, it’s clear you really had to be there. It should inspire you to see some of this new work as it’s being made. (Through Feb. 2, 2014) 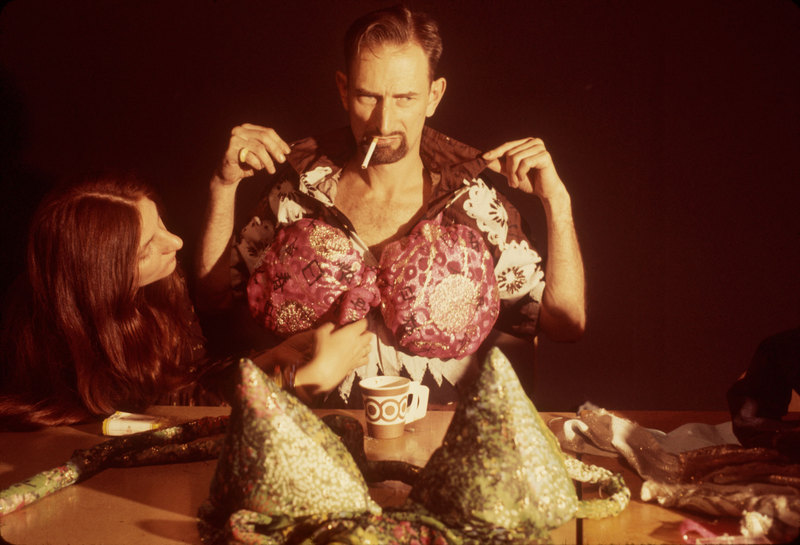