The Senate sponsor of the New Jersey Dream Act bill Gov. Chris Christie says he would not sign in its current form says changing the bill “could essentially gut” the proposal.

Sen. Teresa Ruiz (D-29) issued a statement expressing disappointment “by the turn this debate has taken.” The response comes after Christie announced over the airwaves that he wouldn’t support the proposal as written and passed by the state Senate.

“This is about fairness and equity. It is about eliminating the division that we create when our students graduate high school, and about getting rid of a system that creates a second-class status,” Ruiz said.

“The concerns that have been expressed on this bill were discussed at length in the budget committee,” she said. “Changing the bill to address the issues presented would only carve out another sector of students who would not qualify for in-state tuition. It could essentially gut the bill.”

Following Ruiz’s statement, advocates for her proposal hosted a conference call to voice their support for the Senate bill, as well as criticize Christie for, they claimed, backtracking on his campaign promise.

“Considering that he got 51 percent of the Latino vote because of his campaign promise,” said Giancarlo Tello, of the New Jersey Dream Act Coalition, “I’m very, very disappointed with Gov. Christie.”

Tello and other advocates argued that since Ruiz’s proposal hasn’t changed since the campaign season, it’s disingenuous for Christie to find issues with the bill now that the election is over.

“I asked him directly if he was supporting the tuition equality bill [and] he told me he was and that he was working with Sen. Ruiz on the bill,” said Karol Ruiz, a legal intern and student advocate with Wind of the Spirit, an immigration resource center based in Morristown.

“For him to now say that he is not working with Sen. Ruiz or that the bill has somehow changed is erroneous and it is deceiving,” she said, referring to a conversation she had with Christie when he campaigned for re-election in Dover. 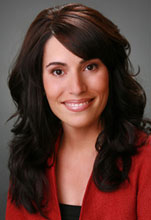