We overheard party-goers talking about things that would fit right inside Supercompressor’s wheelhouse, including a gaggle of girls suspiciously eyeing a photographer to see if they’d once spotted him on Tinder. The space was flanked with open bars with waitresses offering cocktails, chi-chi hors d’ouevres and bulky Microsoft Surfaces to play around with.

Her? For whatever reason, walking POM wonderful bottle and Real Housewife of New York cast member Kelly Bensimon ventured to BuzzFeed’s office this week. She said she had fun and was excited to tell jokes to the staff. We’re guessing they came at arch nemesis Bethenny Frankel’s expense.

Broad-gassed New York Times tech reporter Nick Bilton was on the radio today, presumably pimping his new book about the genesis of Twitter, when he accidentally made a reference to playing the butt trumpet. He tweeted, “The moment you’re on national radio & you mean to say, ‘I was starting…’ but instead say, ‘I was farting…’ That just happened to me,” he tweeted.

Pretty embarrassing, but at least he didn’t shart at the White House. The evidence is pretty damning, and implies that Ms. Kerr is not as good at Photoshop as she is at, say, having dimples and walking in lingerie. PSA for our impressionable teenaged readers: Photoshop is evil and there’s nothing wrong with having a waistline big enough to encase your vital organs.

😉 <3 This afternoon, those still sitting on Twitter were treated to a bit of a flirtation between New York’s favorite meteorologist, Eric Holthaus, and Betaworks’ personalized weather service Poncho. We’d attribute this to spring fever, but it’s November, so it’s anyone’s guess what’s going on here:

I <3 u Eric Holthaus

It’s all happening The franken-startup that almost wasn’t, LoveRoom, appears to have launched. Use the totally-not-like-a-brothel room rental service at your own risk. 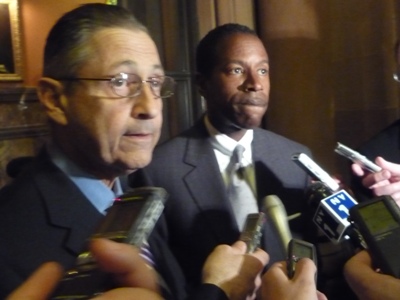