FREEHOLD – With a pair of pre-election day polls indicating New Jersey’s incumbent governor has neared or topped a 30 percent margin double digit lead over his opponent, the question of coattails continues.

And depending on whom you ask in GOP-leaning Monmouth County, the question of whether a Gov. Chris Christie landslide will result in a power shift in the New Jersey state Senate is yet another one without a clear answer.

The lawmaker acknowledged some statewide polls in recent weeks that predicted Christie’s coattails would be short and that questioned whether a Christie landslide would result in big gains in the Legislature. However, she said those polls were conducted when Christie had less of a lead against his Democratic opponent, state Sen. Barbara Buono (D-18).

“[Coattails] haven’t been there when it was 10 points,” Beck said. “When it’s 30 points it’s a whole different world.”

However, the Monmouth County Republican chairman, John Bennett, explained gaining control of the upper chamber with districts drawn as they are is a “huge task.” Bennett, who served in the state Senate when former Gov. Tom Kean swept in state elections, was less confident.

“It’s very difficult to run in a landslide [election],” he said, adding that while “he’s hopeful” Republicans will pick up enough seats to take over the Senate, “We’ve seen tops of the ticket go one way and we’ve seen the bottoms go other ways.”

What if: 4 scenarios for post-election Senate shake-up if GOP captures 3 seats 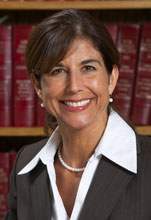