EAST BRUNSWICK – Democrats may be feeling comfortable in the race for legislative district 18’s Senate seat, but that doesn’t mean the East Brunswick Republican mayor isn’t campaigning until the bitter end.

“We’ll continue to do this,” said Stahl, speaking from his East Brunswick campaign headquarters Tuesday afternoon.

“You’re working it no matter what,” he said. “You work as hard as you can.”

In LD 18, Democrats outnumber Republicans by about 3 to 1. The edge gives his opponent, Assemblyman Peter Barnes III, a significant edge.

However, Stahl says around the clock work has been his mantra and with a buzzing campaign office on the day people go to the polls, it’s clear to any observer that his campaigners follow suit.

Stahl refers to his campaign as the “quintessential team effort” between him, Senate Minority Leader Tom Kean Jr. and Gov. Chris Christie.

Kean, he says, supported his campaign from the get-go. The minority leader has been outspoken about having enough GOP senators following the results of today’s election to sweep control of the state’s upper chamber. Stahl is thankful for his support.

The mayor’s campaign was one of three legislative districts in the state that received an infusion of cash from the state’s popular Republican governor (the others being LD 14 and 38). Although he won’t say exactly how much the governor has given (he says he doesn’t know), Stahl’s thankful for his support.

“This has been a total team effort,” he said.

But at the end of the day, Stahl says, he campaigns to win and he’s hopeful he stands a chance against Barnes. Sources on both sides of the aisle have told PolitickerNJ that polling indicates the assemblyman holds a comfortable lead in the race. 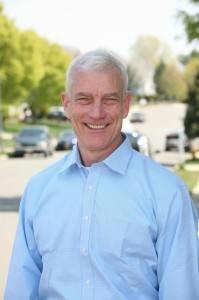