Cyber Monday out of the box That glorious, pajama shopping-enabled holiday, Cyber Monday, is less than a week away now. And Birchbox is rolling out several ways to take advantage of their deals for the occasion. First up, they launched their shopping app last week so you don’t even need to support the weight of a laptop while buying presents from your couch. Next, Birchbox is generous enough to give you a Rebecca Taylor-designed makeup pouch when you spend at least $55 on other stuff. So, not every present has to be for someone else. And finally, they’re instituting a points system for the day that can get you up to a $30 value when you spend $100. Sounds like it’s time for some extra fancy smelling face goop!

Snapchattin’ What’s really in a Snapchat? An inherently ephemeral chat by any other name would be as annoying. Well, Tongal tried to find out. Tongal is a platform for crowd sourcing answers to creative advertising/branding/buzzword/Mad Men type problems, and this time, they wanted suggestions for businesses to make Snapchat work for them. Among the suggestions was for Victoria’s Secret to capitalize on that whole “naughty” thing Snapchat’s got going and encourage VS customers to sext their partners. Also, EA Games could show easter eggs or cheat codes for gamers. And Southwest Airlines could post a photo of a random location, allowing others to guess where it is and win a trip there. It’s all just what any great, already popular social media app needs to really push it to the next level–ads!

What even is fun anymore? “Think you know The Boondock Saints?” says an email from entertainment trivia app Trailerpop. To be totally honest with you, Trailerpop, no. I’ve never seen The Boondock Saints. And it might surprise you to know that the degree of knowledge I have about The Boondock Saints rarely comes up  in my day-to-day life. But if you thought you could get away with simply watching a movie you love, you were wrong. Trailerpop has launched a new in-app trivia contest specifically for The Boondock Saints and the loyal fans of said Saints. Prizes include posters, T-shirts, and a rosary signed by director Troy Duffy.

Feed the world The brand new Feeds API launched this week with hopes of being the one to funnel relevant articles from the web to your inbox. Sure, it’s basically just a fancy RSS feed, but it’ll set up those feeds for static sites quickly and it’ll also let you set up feeds for multiple people, so it’s targeting those ultimate link sharers. Counterpoint: could also make it easier for the most annoying of your friends to essentially transfer their irritating Facebook feed directly to your email. 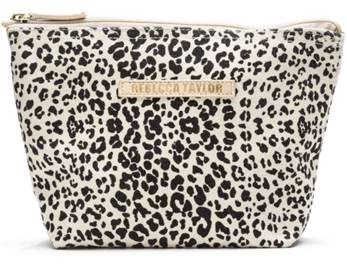