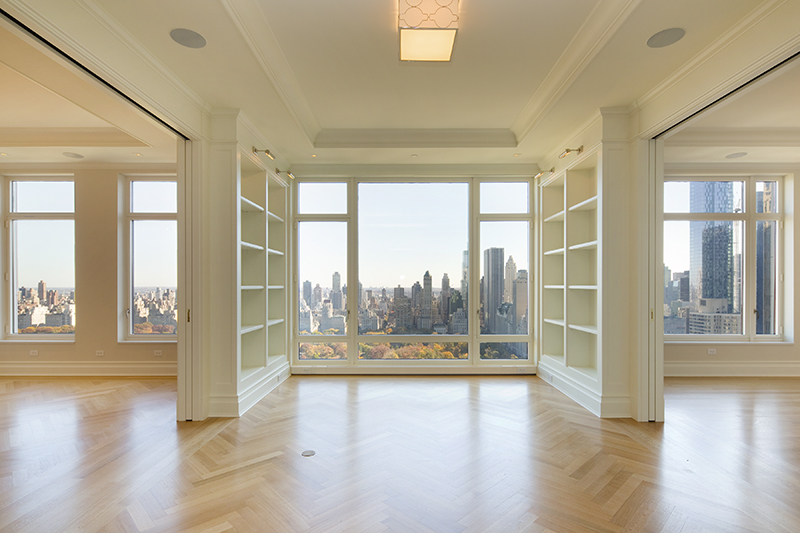 It's hard to tell that the unit has been gut renovated, given its classic style.
kvelseyobserver 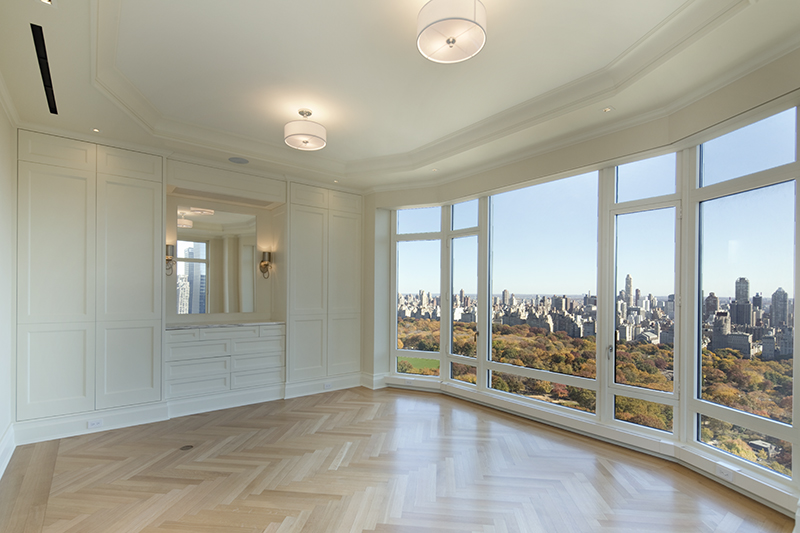 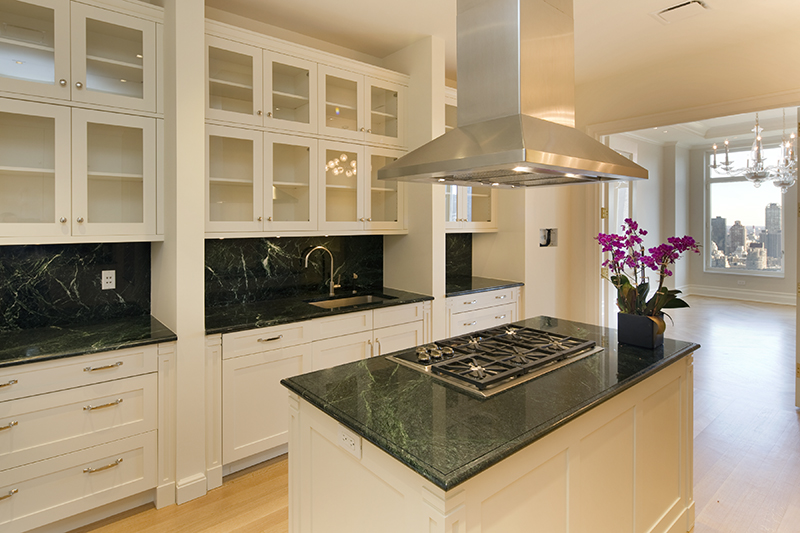 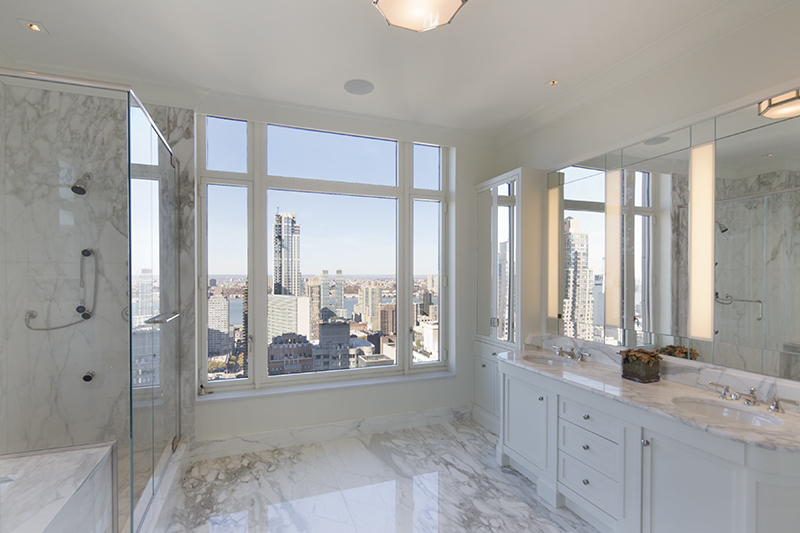 One of the many bathrooms.
kvelseyobserver
Advertisement 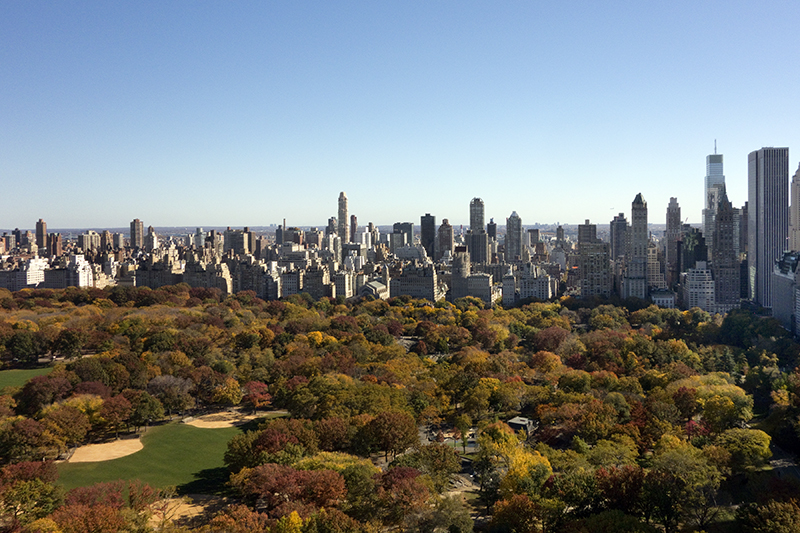 And most importantly the view.
kvelseyobserver 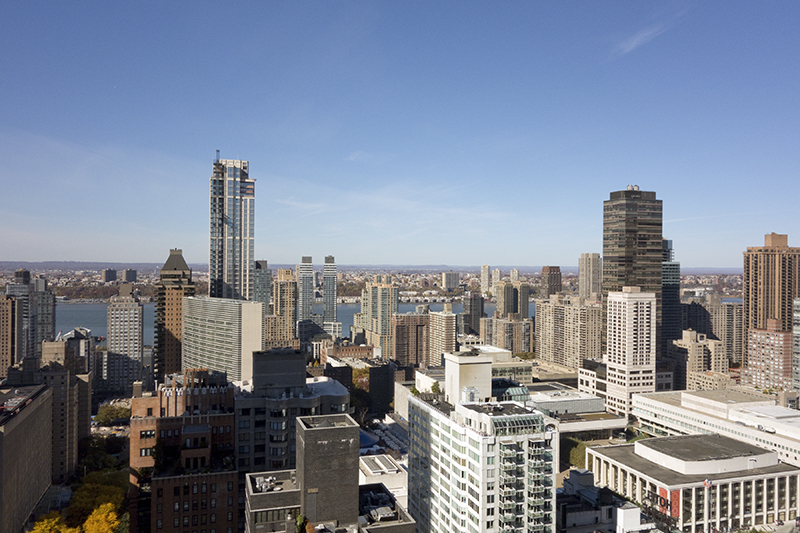 Make that the views.
kvelseyobserver 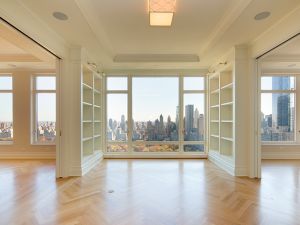 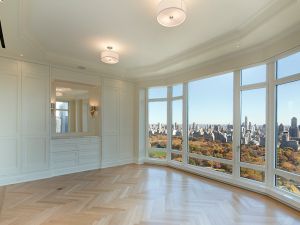 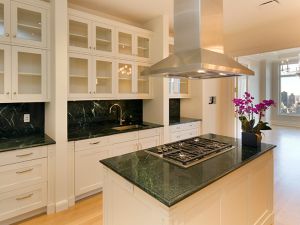 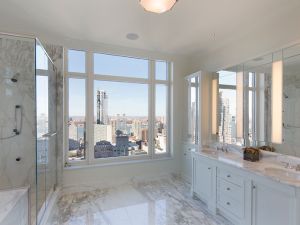 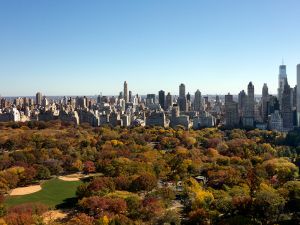 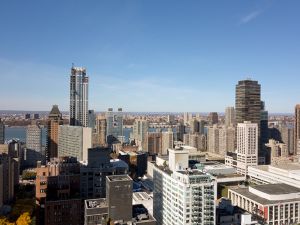 Many consider 15 Central Park West to be the non plus ultra of Manhattan residences—all the beauty, grandeur and park views of a Fifth Avenue Candela or a Central Park West Roth, with none of the finicky plumbing, slipshod air conditioning, useless maids rooms or snooty co-op boards to contend with. Perfection, in other words, for those who can afford the rapidly escalating cost of buying there.

But can you improve on perfection? Leroy Schecter certainly thought so. Last summer, Mr. Schecter, the chairman of Marino-Ware Industries, a steel building products manufacturer, launched into a fiercely ambitious gut renovation to combine two units on the 35th floor into a palatial spread with an even more ambitious ask—$95 million.

Fifteen months, two price changes and one rental attempt later, the undeniably lovely renovation has finally been revealed, along with a new broker and asking price.

Mr. Schecter has tapped Brown Harris Stevens super broker Paula Deal Nunzio to re-list the property, which hit the market today for $70 million, a price that the freshly renovated, 6,000-square-foot spread could well fetch given 15 CPW’s enduring magic.  In what has been an ongoing fairytale of the Manhattan residential real estate market, units at 15 CPW have continued to double their money with striking regularity, although none so far have managed to top the $88 million sale of the Sandy Weill penthouse.

Mr. Schecter’s renovation rendered two separate units that once rented to Yankees slugger Alex Rodriquez and Cendant Corp founder Henry Silverman for a total of $70,000 a month into a five-bedroom, 6.5-bath with four corner rooms. The new spread has three exposures that look out east over Central Park (75 feet of frontage) in addition to 70 feet of Hudson River frontage and 60 feet looking south over Columbus Circle. It has its own elevator landing and a “lavish master suite” that “spans the entire south side of the space, with a separate sitting room and dressing room,” according to the listing.

Mr. Schecter’s $70 million ask indicates that he is now serious about selling. Though records show that the octogenarian steel magnate purchased the two sponsor units for just $18.9 million, given the building’s stunning sales record and the famous 1 + 1 = 2.5  rule that applies to combos, the unit is undoubtedly worth upward of $50 million now. In other words, what once had every appearance of a fantasy listing has now shifted into the realm of the real.

Moreover, Mr. Schecter has had the very good sense to preserve the elegance of A.M. Stern’s design and impeccably tasteful finishes in the renovation, which features herringbone floors, classic moldings, marble bathrooms, pocket doors and many, many built-ins. After all, when one has what are arguably the best views in the world, anything showier would simply be gilding the lily.