ATLANTIC CITY – It was chest-thumping heaven for Senate President Steve Sweeney (D-3), a potential successor to Gov. Chris Christie. whose party tonight backed up pedestrian traffic down the escalator and 100 deep at One Atlantic.

“He needed a ballroom,” one insider griped after catching a close-quarters elbow in the crowd.

Sweeney showed dominance in the room.

“You don’t see any – or very few – Republicans,” said the Sierra Club’s Jeff Tittel. “It’s as though Christie took all their oxygen with him.” 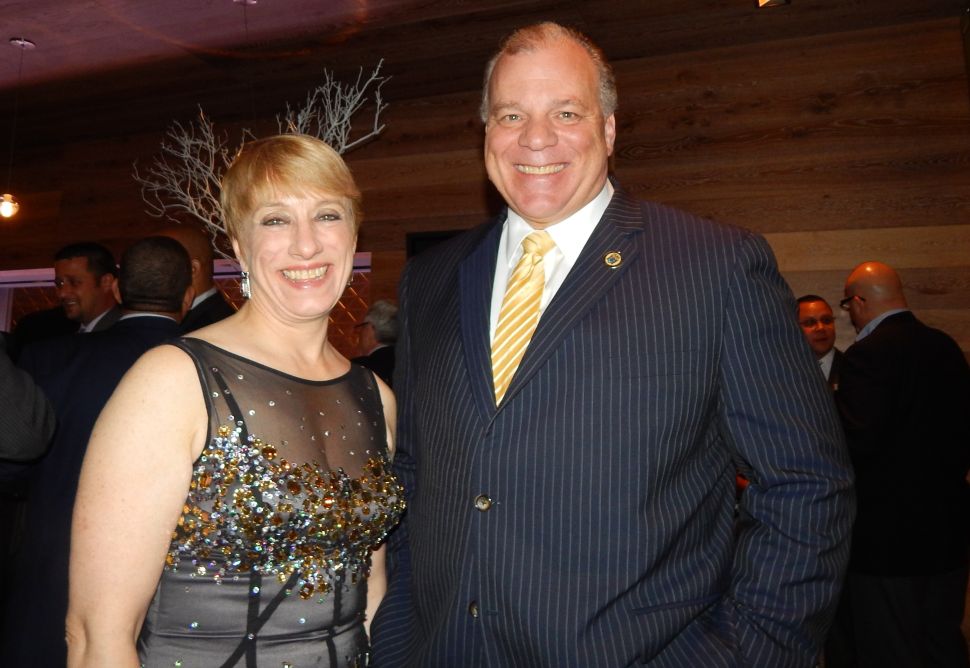