ATLANTIC CITY – As State Senate President Steve Sweeney (D-3) gears up for a potential run for Governor, he will have to increasingly shift his focus from South Jersey to North Jersey. PolitickerNJ.com asked Sweeney about two northern races sure to draw much attention in 2014: the Newark mayoral race and the Bergen County Executive campaign.

In Newark, councilmen Ras Baraka, Anibal Ramos and Darrin Sharif are in the hunt for the city’s top spot in the May 2014 election along with former state Assistant Attorney General Shavar Jeffries. Sweeney declined to take a side regarding who runs New Jersey’s largest city.

“I honestly haven’t looked at that race because I was so focused on the legislative races,” said Sweeney Tuesday night at the event he hosted at Caesars Atlantic City Hotel and Casino during the New Jersey League of Municipalities conference. “But it’s not like I’ve just discovered North Jersey – I’ve been up there for the last four years. In fact, I run the ironworkers’ union [Local 11] in Bloomfield. But I’ll look at the race.”

Despite ongoing intra-party division among Bergen Republicans, Donovan got a boost when one of the state’s most powerful unions, the New Jersey Laborers Union, endorsed her on Tuesday.

But while Sweeney, a Democrat, is an ally of the Republican governor, bipartisanhip has its limits, at least regarding Pocino’s move in Bergen.

“I just don’t get it and I don’t understand it,” Sweeney said. [Pocino] was heavy with the Republicans in the legisaltive races, too. But I think you’ll see most if not all of labor set with the Democrats in Bergen.” 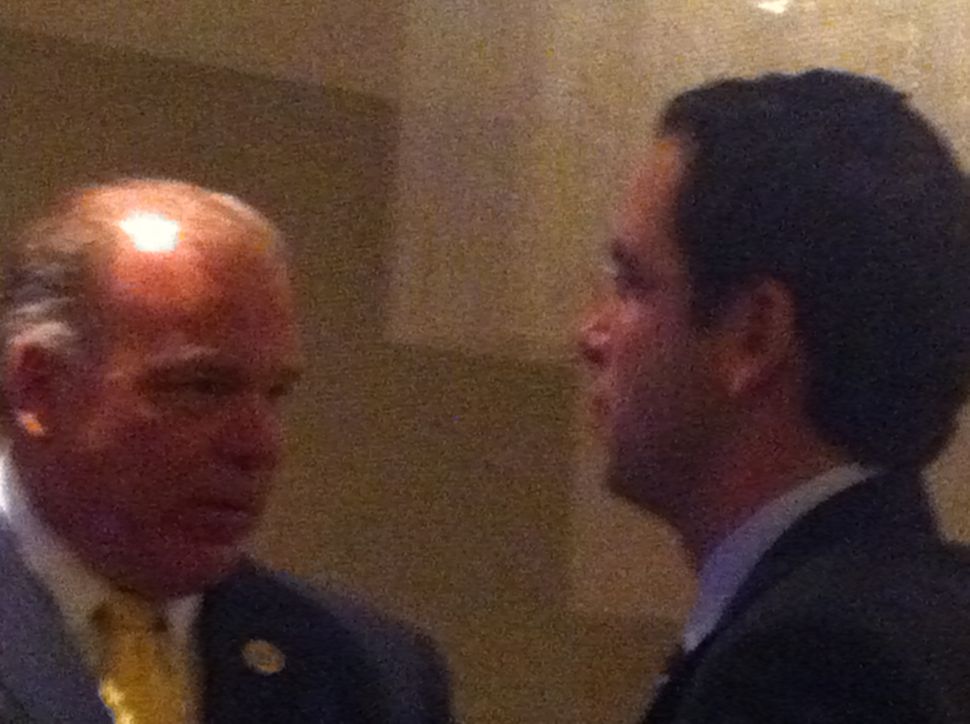