A woman who says she’s a South Jersey public school teacher upbraided by Gov. Chris Christie at Somers Point yesterday put together a reflection piece on the incident.

Melissa Tomlinson said she tried to ask the governor why he portrays New Jersey schools as “failure factories.”

“This is yet another example of how the Governor scapegoats teachers who have had to do more with less after his $1 billion cut to education in his first year,” said Buono’s campaign spokesman, David Turner. “Eighty percent of schools have still yet to recover their funding and 40 districts recorded only a $1 increase in funding this year. That would be a funny statistic if it weren’t hurting New Jersey’s kids. And the next time Governor Christie wants to call another politician angry, he should take a hard look in the mirror first.”

Here is Tomlinson’s written explication of what happened… 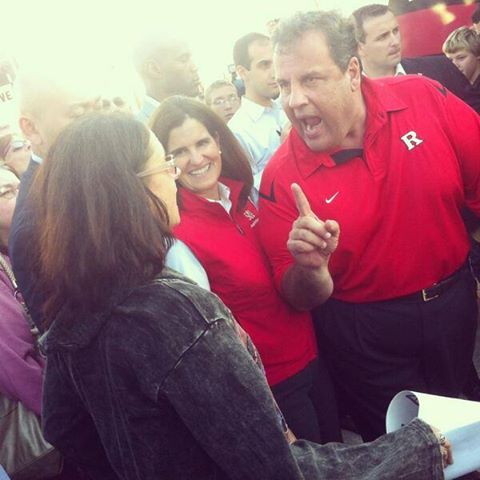