ATLANTIC CITY –  At a poolside breakfast this morning in Harrah’s, Essex County Executive Joe DiVincenzo said Barbara Buono’s attacks against him prompted him to step up his campaign appearances with incumbent Republican Gov. Chris Christie.

“When she started attacking me, it just made me want to campaign more – but I never said anything negative about her,” the county executive said, referring to criticisms the Democratic nominee for governor made of her fellow party member, who backed Christie in the general election.

DiVincenzo said he did the right thing, while acknowledging that he damaged his chances at a run for governor.

At least one Essex County source speaking on background to PolitickerNJ.com at the League of Municipalities lamented DiVincenzo’s decision to back Republican Christie because it destroyed the executive’s ability to rise within the party.

“I have to do what’s right for my county,” said DiVincenzo, explaining that he based his decision on the candidates opposing Christie and, admittedly, things would have been different if former Newark Mayor Cory Booker had challenged Christie.

“Once Cory decided that he wasn’t going to run, we really had no candidate,” he said. “I was for Christie. I was doing what was right for my county.”

Up for re-election next year, the executive boasts $2 billion worth of Essex infrastructure improvement over his 12 years in office, a county bond rating just a step away from AAA and the lack of furloughs and layoffs of county workers during the country’s economic crisis as evidence of his governing tactics.

He credits his relationship with the governor as critical to his accomplishments and ongoing agenda.

The tangible results, he says, mean people in Essex are happy and approve of his governing style.

“I’m a CEO. I will always be a Democrat, but this was a decision about what’s right for Essex,” he said, adding that backing Christie was his decision alone and that the machine in Essex County wasn’t organized to support Christie.

“I wasn’t going to bring anyone else to the dance,” he said.

But did his support for Christie damage some of his key allies, including North Ward mayoral candidate Anibal Ramos, a longtime DiVincenzo ally.

“Absolutely not,” said DiVincenzo, who frequently cites the organization line and alliances with Booker and U.S. Rep. Donald Payne (D-10) as fortifications against a possible intra-party attack.

Running in a May nonpartisan election, Ramos will not have that party insulation, but DiVincenzo insists one has nothing to do with the other and resists the notion that Ramos – or the dethroned Speaker Sheila Oliver (D-34) are collateral damage for the county executive’s decision to back Christie.

PolitickerNJ.com asked the executive if he’s all in with Ramos as his mayoral candidate. 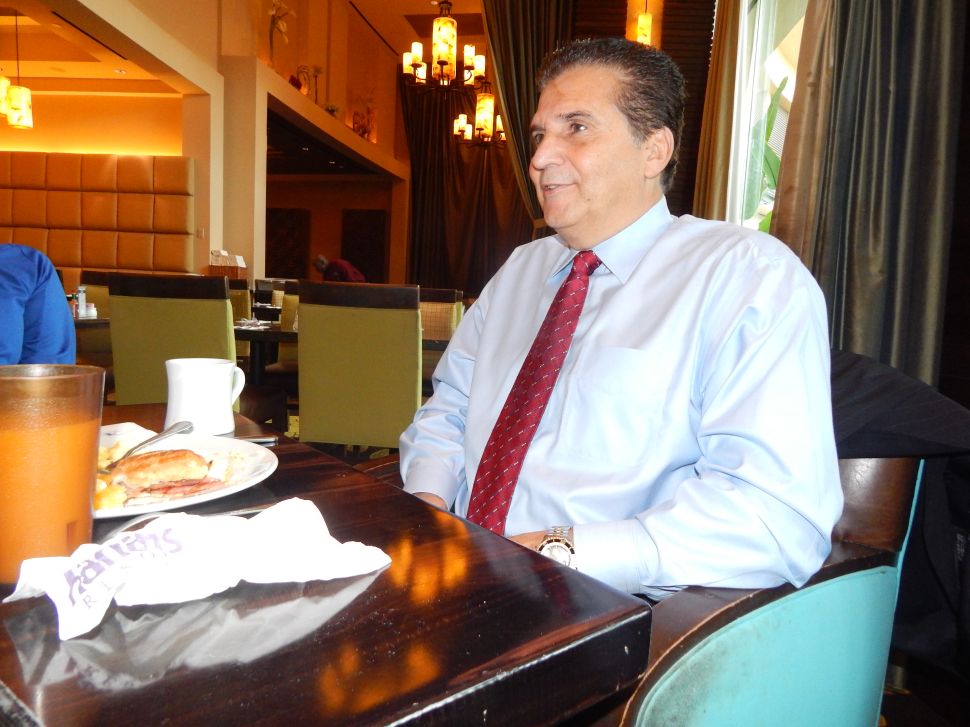