ATLANTIC CITY – Newark mayoral candidate Ras Baraka knows that at the annual New Jersey League of Municipalities conference, good government seminars go on during the day. But the wheels of government get greased at night.

“We have some very important fundraising events coming up, and people are beginning to come around and donate money to our campaign,” Baraka, the South Ward councilman, said in an interview Wednesday inside the Atlantic City Convention Center in between meetings. “We’re going to raise the money that we need to win.”

So far Baraka has financially lagged behind the other major contenders in the Newark mayoral race to be decided in May 2014. As of this summer, Ramos, Newark’s North Ward councilman, had raised approximately $373,000. Jeffries, a professor at Seton Hall University’s law school and attorney at the Gibbons law firm in Newark, has raised $365,000. Baraka had raised about $117,000.

But Baraka looked to a fundraising scheme more in tune with the same grassroots, multiple small-donation model famously used by President Obama during the 2008 campaign.

“We may not have the kind of corporate money that everybody else has, but a lot of our money comes directly from people who live in the city of Newark and from small businesses,” Baraka said. “We have a relationship with the people in the community.”

Baraka also noted that he was going to tap into the network of someone with whom he has a very close relationship: his father Amiri Baraka, the renowned and controversial poet and playwright.

“My father is an internationally known author and writer – he has contacts with many different people,” Baraka said, affirming his own contacts with musical artists such as Lauryn Hill and Mos Def. “We grew up in the arts community. We didn’t benefit from the same financial situation they had, but my father knows those people. Those people are more socially conscious – they’re not going to give money to a campaign unless it’s something that they want to be a part of. Nobody is off limits.”

Some political observers see Baraka as the front-runner in the Newark mayoral race because of his strong South Ward base. Yet his ties to his father, previously known as LeRoi Jones, an African-American leader during the 1967 riot that still sears Newark’s soul, serve as a reminder of a racial and socioeconomic divide that has still not completely closed. That rift is underscored by the fact that while former Newark mayor and now U.S. Sen. Cory Booker could readily harvest campaign contributions from Newark’s corporations and wealthy suburbs, these same donors might look at Baraka and still get riot smoke in their eyes.

“There are people who are trying to create an image of who I am for their own personal benefit. I’m not my father,” Baraka said, pointing to his 20-year career as an educator and activist. “If the monied interests are truly with the people of Newark, they will begin to support my candidacy.”

Baraka is also counting on a critical element of Newark politics that can often trump campaign cash flow: street credibility.

“People in Newark can see past political bosses and big-monied interests. Folks in our city have learned to eat the turkey, but vote the way that they want to vote,” Baraka said. “We need to create an urban agenda that is transformative and will deal with debilitating and systemic poverty that has been in place in urban centers for over 50 years. I think people are going to vote for a proven leader in the community, someone who they don’t have to go on to the Internet to find out who the person is.

“Deals are being made down here. Hopefully they’re making deals in the best interests of the people,” Baraka added. “Hopefully, I’ll run into a few of those people.” 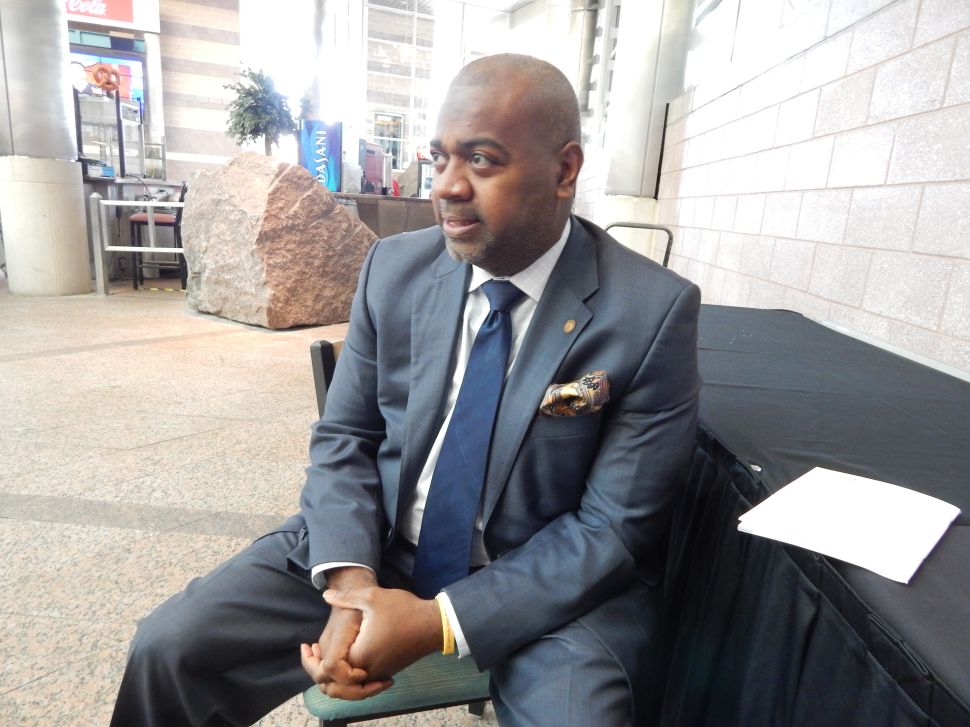