I am put off by bands that sentimentalize the past. I’m thinking of those hokey ensembles whose repertoire consists of early jazz and blues that came out of New Orleans and Chicago in the 1920s. That music, as played by Sidney Bechet, Jelly Roll Morton, Louis Armstrong and their ilk, was serious stuff. It doesn’t need to be presented with so many spoonfuls of corn pone—in the form of Jazz Age costumes and vaudevillian behavior—for an audience to hear that.

Still, if the music is good, should any of that matter? I’ve had to confront that question as a slew of young, traditional jazz musicians with a lot of talent have cropped up in the city in recent years. They play in bands with japing names like the New Orleans Swamp Donkeys and the Grand Street Stompers. And as the jazz writer Will Friedwald pointed out a few months ago in Vanity Fair, these musicians are serious-minded individuals, almost scholarly—as most jazz acolytes are—in their devotion to a 90-year-old music that has seen a resurgence of late thanks to shows like Boardwalk Empire and a culture—in Brooklyn, at least—that seems to take inspiration from the Roaring Twenties.

The Hot Sardines, a septet formed five years ago, are the most established of these groups. They play a number of old standards but write their own tunes, too, borrowing ideas from Django Reinhardt and Fats Waller as well as Armstrong and Morton. The lead singer, Elizabeth Bougerol, born in Paris, has a sweet and soulful voice that brings to mind jazz singers working in similar idioms, like Madeleine Peyroux and Cyrille Aimée. There is also a tap dancer, who, with his flailing arms, is better seen live—or at least on YouTube videos—than listened to on audio recordings.

But that seems to be the point. The Hot Sardines, by all accounts, are best heard in person. And although part of me wants to resist the boater hats and the bow ties and the suspenders and the mugging that serve as a central component of the group’s live shows, I find myself tapping my foot in approval of the old-fashioned world they create.

The Hot Sardines have a monthly residency at Joe’s Pub, and they play there this Friday, Nov. 8. 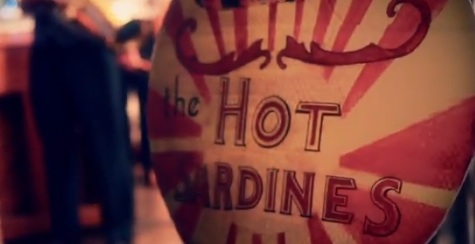