Regarding local control of city schools, which have been under state control since 1995, the candidates were unified conceptually.

“The state has taken away power for the residents of Newark, which suggests that our voice does not count,” said Jeffries, a former school board member. “This is an area with the state where the words are nice, but where is the performance to change the outcome?”

“The takeover of Newark’s public schools is tantamount to slavery in terms of an attack on our democracy,” said Baraka, principal of Newark’s Central High School. “The people of this community need to control the destiny of their schools.”

“I think all of us believe in local control, but the fundamental question is when we have local control, how are we going to organize and get together as leaders,” Sharif said. “We had local control prior to 1995, and we should have held ourselves accountable in terms of the policies that we had.”

Jeffries and Baraka clashed over an issue related to police presence in Newark’s schools.

“There should be no police officers in the schools,” Baraka said. “I’ve been in education for 20 years, I’ve been involved in every kind of conflict that may have taken place in a school. A police officer’s job is outside of the school, not in the hallways.”

“I don’t believe we should have cops within the school, but we absolutely need our cops around our schools. Our streets are a war zone right now – the South Ward in particular is really a disaster,” said Jeffries while looking at Baraka as the South Ward councilman looked at the crowd impassively. “There have been 38 murders in the South Ward just this year.”

At the end of the event, student leaders announced a protest rally next month in favor of local control, among other issues.

Baraka politely paused the proceedings to ask a question, and send a message.

“Can I come read a poem?” asked Baraka with a smile, while Jeffries sat stone-faced. “Maybe I’ll read some Langston Hughes.”

“Every year, during this time of year, the councilman has an incredibly busy schedule distributing food to those in need throughout Newark,” Tedeschi said. “This has long been his priority at this time of year and every year the food distribution has grown. Last night, he had a prior commitment with Feed Newark Now to donate food to seniors at the same time as the forum. He looks forward to future forums to discuss education and other important issues facing the city.” 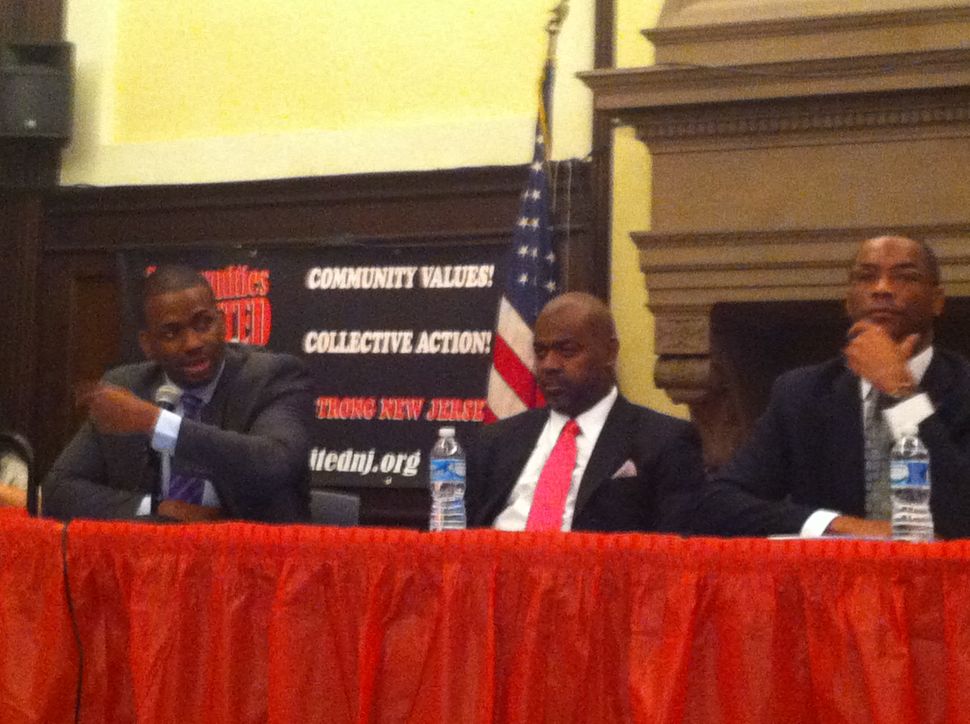