Tim Ferriss is watching himself on television, playing “Hot Blooded” with Foreigner to a packed house.

Those who know Mr. Ferriss as a bestselling author might be surprised to discover that he also has rock star chops. Actually, he doesn’t. But Mr. Ferriss—best known for cramming a full work week, gym makeover, and culinary training into four hours—wants to teach others “how to become superhuman through better tools and tricks, not better genetics,” How better to start The Tim Ferriss Experiment, as his new show is called, than as a non-musician playing a stadium show with a legendary rock band?

“The point is not to be the ‘Look How Awesome Tim Is’ show, because that’s boring and not interesting to me,” Mr. Ferriss told The Observer before screening the show with members of The Observer‘s staff. “It’s to show people that you can do seemingly superhuman things if you have a better toolkit. You don’t need better genetics, and you don’t need a bigger budget.”

Mr. Ferriss is used to defying expectations: after getting his B.A. from Princeton in 2000, where he focused on both neuroscience and East Asian studies, he amassed a number of accolades that, he admits on his website, are as peculiar as they are impressive.

From working as an MTV breakdancer in Taiwan to becoming the first American to hold a Guinness World Record in tango, Mr. Ferriss collects experiences obsessively, and the aim of his new show is to show the rest of the world how to “hack” a diverse range of skills that rival the host’s own highly varied resumé. Announcing the show on his website, Mr. Ferriss posted a press release with a note of his own at the end: “Sorry I can’t share exact episodes yet, but just imagine Jason Bourne + my biggest fears + my personal bucket list, all wrapped into one.”

The Observer screened the pilot episode, which showed Mr. Ferriss attempting to learn how to play the drums well enough to perform Foreigner’s “Hot Blooded” onstage with the band. Along the way he enlisted The Police’s ace percussionist Stewart Copeland as a mentor (and who turns out to be quite the scene stealer), as well as the skeptical members of Foreigner themselves.

During the episode, Mr. Ferriss attempts to apply four principles, “Deconstruction, Selection, Sequences and Stakes” to learn the song in about a week, despite a total lack of musical experience. Initially, he admits to one of his teachers that looking at sheet music reminds him of the first time he looked at Chinese characters — it’s an entirely foreign language.

Ultimately, after some helpful advice to “play the song, not the drums,” Mr. Ferriss realizes that he needs to break the task down, pinpoint the smallest piece necessary to figuring it out, and leave the rest behind.

The premiere episode of “The Tim Ferriss Experiment” is available to watch on YouTube, Amazon Instant Video, iTunes, Google Play, Xbox Video, PlayStation and InDemand beginning today, and premieres as part of the new “upwave” programming block on HLN on Sunday, December 1 at 8pm EST. Future episodes will have Mr. Ferriss attempting to learn parkour, jiu jitsu and even applying his life hacking skills to dating.

At the end of the pilot episode, despite some additional lighthearted sabotage from Mr. Hansen, Mr. Ferriss manages to successfully make it through “Hot Blooded.”

“I came here with a blank slate and a fantasy, and was able to not get completely laughed offstage,” he reflects afterward. “I’ve come away from this feeling like, if that was possible, what other impossibles do I have in my life that I should really question?” 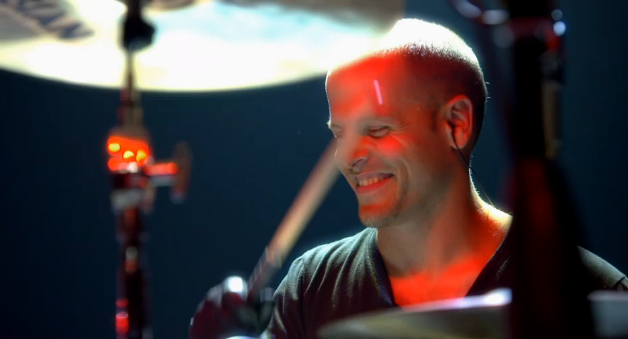