Gary Vaynerchuk has gone from Wine Library TV expert vlogger to a true social media revolutionary, and in his latest book, Jab, Jab, Jab, Right Hook: How to Tell Your Story in a Noisy Social World, he doesn’t pull any punches in sharing which companies get it right and which ones have launched failed campaigns. Why is Shakira “falling flat” on Facebook while Selena Gomez has “the golden touch”? His book analyzes numerous social media campaigns in detail, from “clueless” Twitter to a win for Twix, taking Lil Wayne to task for “poor page management” and praising Reggie Bush’s Facebook page as one every celebrity should emulate. Whether you work or play in social media (or both), you’ll get insights into how to optimize Twitter, Facebook, Pinterest, Instagram and Tumblr from a man who knows of which he writes. This evening, Vaynerchuk is in conversation with Observer Editor in Chief Ken Kurson. 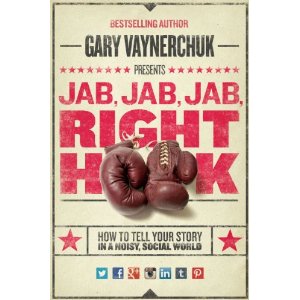