After more than 20 years with Sotheby’s, Tobias Meyer will be leaving the company, stepping down as its worldwide head of contemporary art. The auction house made the announcement today, stating in a release that it and Mr. Meyer “have agreed to end his association with Sotheby’s.”

“With Tobias’ contract soon expiring, we all agreed it was time to part ways,” Sotheby’s CEO Bill Ruprecht said in a statement released to press. “We wish Tobias nothing but good fortune.”

In his statement, the auctioneer said, “I will always cherish my time at Sotheby’s and look forward to the next chapter in my career.”

If you’re in the mood for a very Tobias Meyer afternoon, and have a New Yorker subscription, John Colapinto’s 2006 profile of him in that magazine is pretty great. Earlier this month, Newsweek also checked in with Mr. Meyer, who got a bit tearful discussing his winning the chance to sell a Warhol that later made nine figures on the block. 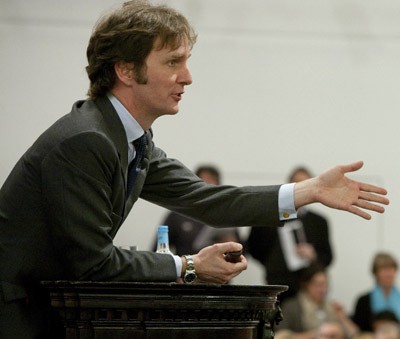