Republican Mayor-elect Don Guardian has met with the state’s top Democratic lawmaker three times since voters chose him over Democratic incumbent Mayor Lorenzo Langford. The number of sit downs, Sweeney is quick to point out, surpassed the amount of face-to-face meetings the Senate president had with Langford over the course of his term.

“I’ve had more meetings with the incoming mayor than I had with [Langford],” said Sweeney, signaling a new partnership between Atlantic City and Trenton is on the horizon.

The partnership was kicked into gear immediately following the November election, Sweeney said, explaining a mutual friend brought both men to the table.

“A friend of ours who will remain anonymous because he’s a friend to both of us, said, ‘This guy really wants to do the right thing with the city. He really wants to see it go forward. Would you sit down and talk?’ And we did,” said Sweeney, explaining the first meeting was the Sunday following the election.

The pair met again with Gov. Chris Christie in Trenton.

“And we’re going to continue to talk,” said Sweeney in Atlantic City Wednesday afternoon following their third sit down.

“You need a local government that wants to participate and be a part of the solution,” Sweeney said. “We’re going to work together to improve Atlantic City.” 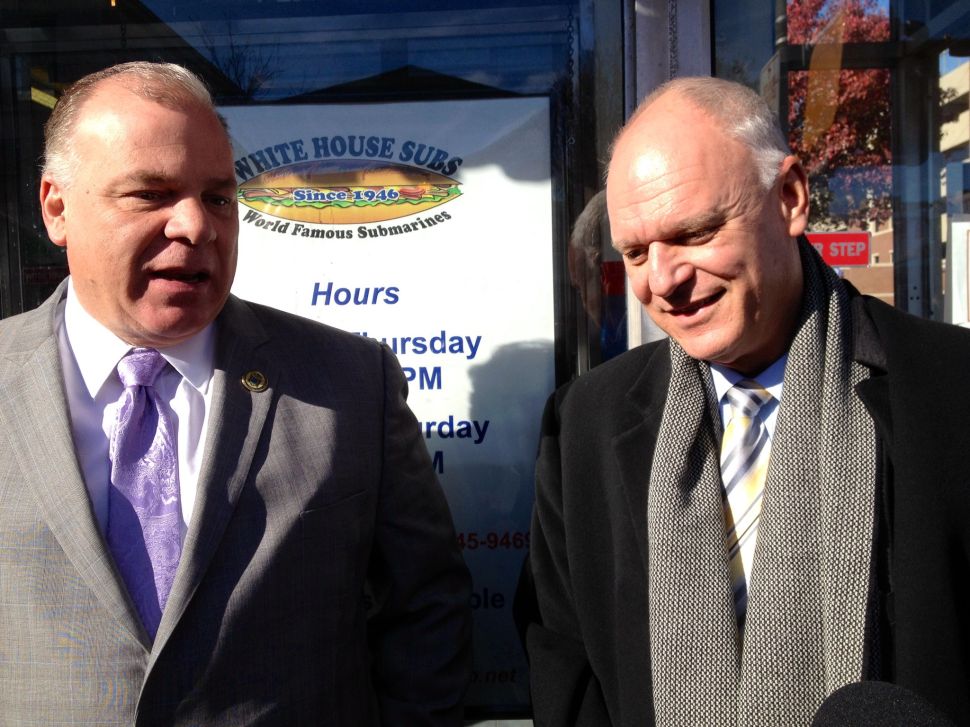