The Senate passed the tuition equality bill – S2479 – which allows an undocumented student to pay the lower, in-state tuition at public colleges. It passed  25-12.

Such a student is eligible for financial aid programs administered by the Higher Education Student Assistance Authority.

Sponsor Sen. Teresa Ruiz said this passage means that the Legislature “begins to have a truthful conversation about who we are in this state.’’

She said this is about accessibility and making the state stronger.

The Assembly still has to deal with the bill, which differs from the Senate version in regards to financial aid.

“We are opening up avenues for the next generation of leaders in this state,” she said.

Sen. Ray Lesniak said universities want this bill because it will attract students who otherwise would lack opportunity because of the extra costs of out-of-state tuition rates.

Sen. Jim Whelan – a teacher – said 30 percent of his students are immigrants, and he knows not all are documented.  “We’re at our very best when we take the very best from other countries,” he said, and welcome them into schools to help them achieve their best. “They pledge allegiance to the flag, and most of those kids don’t know whether they’re legal or not.  They’re as American in their heart as you or I.”

Senate President Steve Sweeney said “These kids aren’t getting it for free; they’re paying for it. These are New Jerseyans.”

The governor has previously signaled support for the concept.

Republican Sen. Robert Singer, though, said there are not enough slots in colleges to accommodate all N.J. citizens. “The TAG program isn’t an open checkbook, there are only so many dollars.” 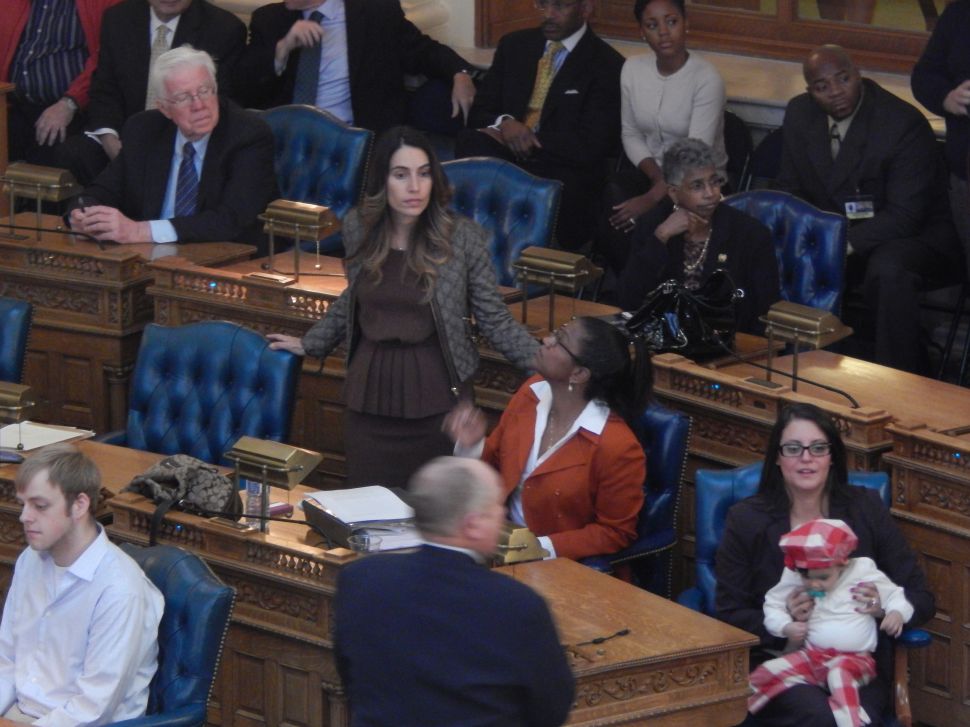