A west-bound ride up Bloomfield Avenue from Newark to the working-class, Essex County town revealed confusing political times days before the election: a huge sign draped over the side of a building calls on voters to side with Republican candidate Russell Mollica, part of “the governor’s team.”

In Essex County politics, where the credo of ‘keep your friends close and your enemies closer’ is closely followed, Venezia was clear about who his friends are.

“Joe D is strongly behind us – he sent out a mailer for us that hit homes on Thursday, and he’s doing a robocall for us,” said Venezia, who served as projects director on the staff of the late U.S. Sen. Frank Lautenberg. “Joe D has been my staunch supporter ever since I told him I was running last year, and I’m going to support him for re-election next year 110 percent.

“We’re 200 percent behind Mike,” said Phil Alagia, DiVincenzo’s chief of staff. “There is no confusion in Bloomfield for us.”

Booker was scheduled to campaign for Venezia on Saturday but instead attended the funeral of Essex County Democratic Chairman Phil Thigpen. In his place, Milly Silva, the Democratic candidate for lieutenant governor, endorsed Venezia and his council slate.

In the final stretch of a campaign season marked by many Democratic politicians defecting to the Christie camp, Silva said the state Democratic Party has to undergo some re-evaluation following the Nov. 5 election.

“There will have to be a reckoning in terms of making sure that we continue to elect leaders who are going to stand up for the values of the working-class and middle-class families of New Jersey,” Silva said.

Local Democratic polling shows Christie up by 16 points in Bloomfield, where there are approximately 11,200 registered Democrats, 3,700 Republicans and 10,600 Independents. Despite high marks for Christie among Bloomfield voters, Venezia believes enough Democrats will stay in his column to ensure victory on Tuesday.

“Bloomfield is a true, blue-collar Democratic town, and we’re concentrating on getting Democrats and undecideds out to vote,” Venezia said. “We have had an influx of Hispanics and African-Americans, as well as people coming from Hoboken, Manhattan and Brooklyn. As a result, I truly don’t believe that Christie is up by 16 points here. I just can’t see that number being real.” 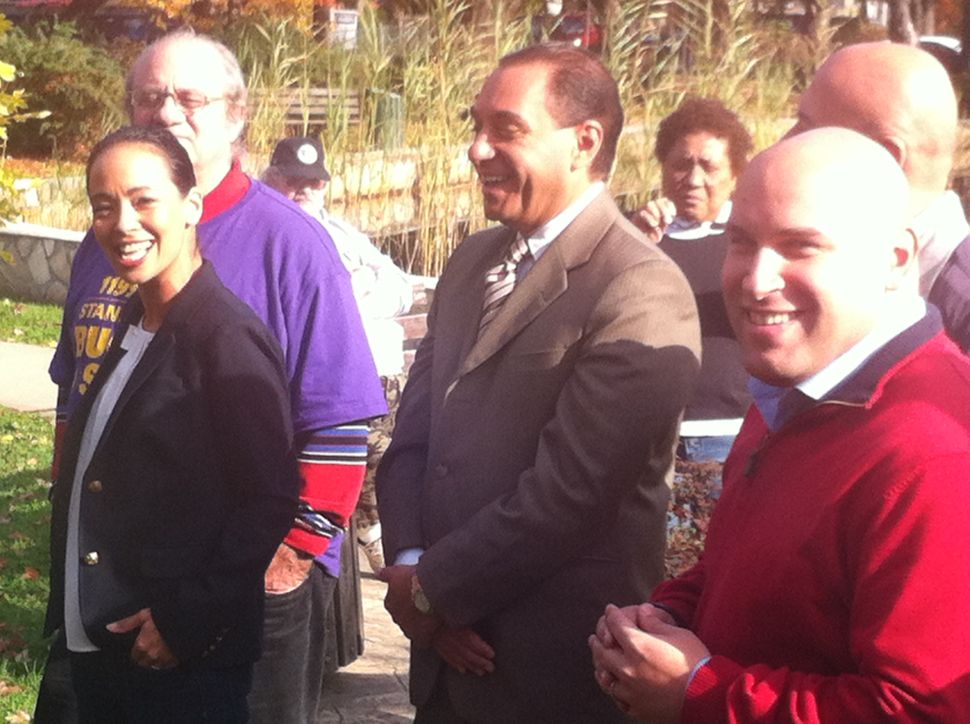