After appearing before the Port Authority of New York and New Jersey today seeking answers regarding the September lane closure controversy, Sen. Majority Leader Loretta Weinberg summed up her feelings about what is going on: “Cover-up.”

Weinberg, who has introduced a measure to grant subpoena power to the State Government Committee to investigate the reasons behind controversial George Washington Bridge lane closures on Sept. 9-13, said today that the Authority gave no answers to their questions.

She attended the Authority meeting with 37th District-mate Assemblyman Gordon Johnson, Bergen freeholder-elect Jim Tedesco, and Assemblyman John Wisniewski, chair of the lower-chamber Transportation Committee, which already has subpoena power in regards to the Authority.

Weinberg said the Authority commissioners deflected their questions by saying the matter is under internal review.

“They sat there stoically and all they kept saying is they are asking a lot of questions. When I confronted each of them directly, they answered this is under internal review,’’ Weinberg said.

She said she reminded the N.J. commissioners of the bi-state agency that when she voted for them as a member of the Judiciary Committee she talked to each of them about standing up for Bergen residents.

But more than two months have passed since the closures that turned the Fort Lee area into a tangled traffic mess and there are still no public answers, she explained.

“There has been a lot of conjecture I found too bizarre to believe,’’ she said, but the longer the period of Authority unresponsiveness lasts, the stronger the doubts will grow.

She reiterated her commitment to obtaining subpoena power so senators can get the public answers she said the Authority is not providing.

The reason provided in September by the Authority was that a traffic study was under way, but in reports Authority executive Pat Foye said the closures were unauthorized and possibly illegal. 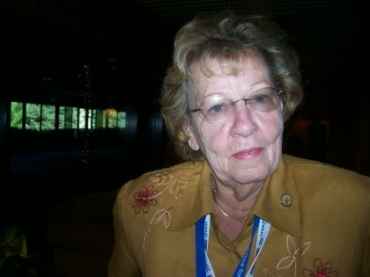