ATLANTIC CITY – The escalator at One Atlantic deposited visitors in a glass and steel-enclosed room above the ocean, where awaited Assembly Majority Leader Lou Greenwald (D-6), Voorhees.

Jarred by the power of Gov. Chris Christie, Democrats seized on the post-election backdrop of the League to consider the rising statewide face-off of two potential candidates for governor: Senate President Steve Sweeney (D-3) and Jersey City Mayor Steve Fulop.

The undercard features Greenwald and Assemblyman John McKeon (D-27), the much-muttered potential sub for Fulop if the mayor decides he doesn’t want to take on Sweeney in a 2017 Democratic Primary.

Mike Capelli, executive secretary-treasurer of the Northeast Carpenters Union, ranged above his fellow guests and considered the two frontrunners.

“They are two phenomenal candidates and it’s too early to decide,” said the labor leader, who put considerable resources behind legislative candidates this last cycle and made his mark as a statewide player.

Cappelli has a leg in both camps. The carpenters played heavily in Fulop’s mayoral victory last May, and have close ties to the Building Trades-schooled Sweeney.

Fulop’s advisor, McGreevey put the event together for his boss.

PolitickerNJ.com broached the question about governor 2017 and a circle of Newark insiders said they were too stunned trying to absorb life in their city post-Mayor Cory Booker.

“Everyone said he didn’t do enough, and we didn’t like him when he was mayor but now that he’s gone, we’re horrified,” said the source amid the other stricken barlit faces. 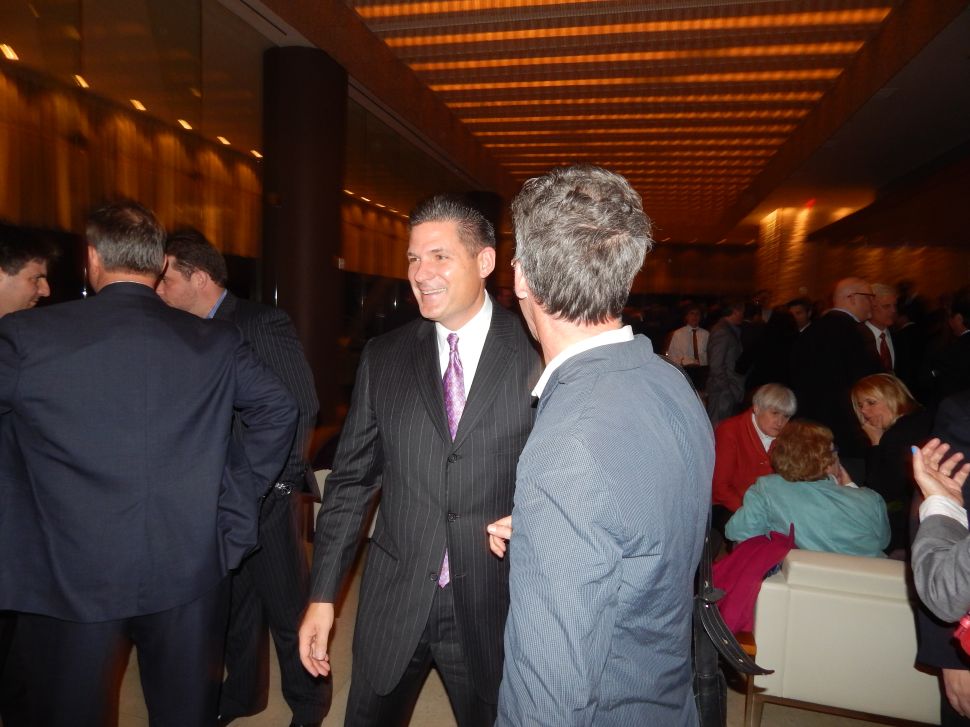