Roger Stone, the sharp-dressed, right-wing political operative who is no fan of any Democrat, has it in for Lyndon Johnson. Mr. Stone says the architect of the War on Poverty and the Great Society is better remembered as the Great Conspirator and accuses him of responsibility for nine murders, including the greatest crime of the 20th century, the assassination of John F. Kennedy.

“He was vicious, crude, vindictive, corrupt, abusive, unbalanced, evil—all those things,” said Mr. Stone, who worked on the Nixon, Reagan and George H.W. Bush presidential campaigns, helped shut down the 2000 Florida recount and complained to the FBI that Eliot Spitzer hired hookers, well in advance of the ex-governor’s resignation.

Mr. Stone has a new book out about the assassination called The Man Who Killed Kennedy: The Case Against LBJ. He hopes it will break through the “resistance of the mainstream media” to alternative theories of the assassination. “My uphill fight is to get some coverage,” he said.

Some J.F.K. conspiracy theories blame the mafia, some blame the CIA, and some blame the far right or the far left. Mr. Stone’s theory wraps together all those ideas and puts Mr. Johnson upfront as the ringmaster. “He’s the lynchpin of a conspiracy involving others,” Mr. Stone said.

His theory is buttressed with innuendo. Mr. Stone said Mr. Nixon once told him that both he and Mr. Johnson badly wanted the presidency but that, unlike Mr. Johnson, “I wasn’t willing to kill for it.”

The mainstream media Mr. Stone disdains will say his evidence doesn’t add up, but who cares? Mr. Stone is a colorful and interesting guy who wears his reputation as a political hit man as proudly as the Nixon tattoo on his back.

Mr. Stone says Mr. Johnson had a motive: He believed Mr. Kennedy was going to end the vice president’s political career by dumping him from the ticket in 1964. Mr. Stone also said Johnson was double-crossed by Mr. Kennedy’s brother Robert, the attorney general, who was vigorously investigating the organized criminals from whom Mr Johnson had sought political support on his own and the Kennedys’ behalf in 1960.

The attorney general’s investigations threatened to expose Mr. Johnson’s many crimes—the vice president was “staring into the abyss,” Mr. Stone said. And he claims Johnson allies either had grievances against the administration or stood to gain if Mr. Johnson took Mr. Kennedy’s place: There were Texas oilmen angry about losing a big tax break, for instance, and “elements” of the CIA upset about the bungled Bay of Pigs invasion.

Mr. Johnson allegedly had means, too. The Secret Service director was a longtime Johnson pal who, Mr. Stone theorizes, made sure the preparations for Kennedy’s final motorcade allowed the assassination to take place. The Dallas Police Department’s allowing Jack Ruby to shoot Lee Harvey Oswald was purposeful, Mr. Stone suggests; he thinks the cops were in Mr. Johnson’s pocket.

But there are no deathbed confessions by anyone who might have been involved. The closest Mr. Stone comes to one is a rambling recording left behind by Watergate conspirator E. Howard Hunt, who said he was a “benchwarmer” in an anti-J.F.K. conspiracy codenamed Big Event. But neither Mr. Hunt nor anyone else admits being involved in the plot.

The best physical evidence Mr. Stone offers linking L.B.J. to the assassination is an alleged fingerprint found on a cardboard box by Oswald’s sniper’s nest on the book depository’s sixth floor. Mr. Stone and other conspiracy theorists say the print belonged to Malcolm Wallace, who Mr. Stone alleges was a Johnson hit man. But conspiracy critics note that, according to the Warren Commission, all of the fingerprints found on the boxes in the sniper’s nest belonged to cops or investigators; only a palm print, not a fingerprint, is unaccounted for.

“Do I have a case that would convict Lyndon Johnson in court? No,” Mr. Stone said. “I have a circumstantial case that is overwhelming in terms of the coincidences that all point to Lyndon Johnson.” His readers can decide what to believe. 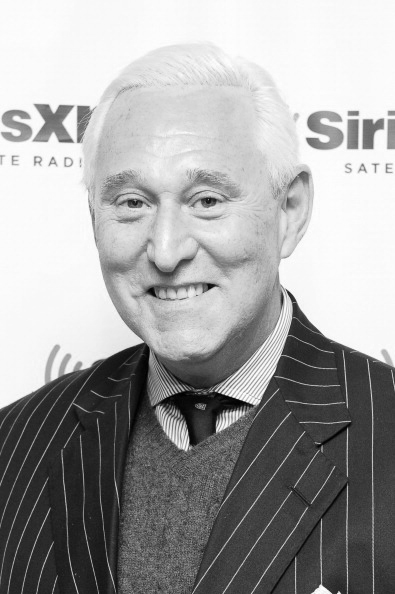