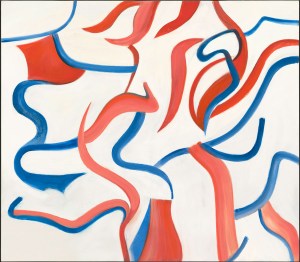 Whatever Larry Gagosian is paying former MoMA Chief Curator John Elderfield to consult for him, it is not enough. The second show that Mr. Elderfield has organized for Gagosian is another tour de force. In his 2011 Willem de Kooning (1904–97) retrospective, Mr. Elderfield included a handful of the artist’s paintings from the first half of the 1980s. This 10-painting show at Gagosian expands the story of that late period, and for anyone who wasn’t around to see the works when they were first shown at the Fourcade Gallery, it is a revelation.

De Kooning turned 80 in 1984. By the end of the decade, dementia would end his career. In these final years, the great innovator made a remarkable shift, delving headlong into a style that feels airy, confident and somber. Twirling red and blue lines and planes travel slowly across airy expanses of white in most of the 10 large canvases, which are being sold by the artist’s foundation. He painted these lines deliberately and carefully, eschewing the quick, striking attacks and swipes with which he made his name. Rose or yellow sometimes washes into the frame or seeps quietly out of the white. It’s a warm spring day, not too hot, a gentle breeze sweeping through every now and then. These are virtuoso case studies in what white can do, the way it can frame color  and make space, pace the action in a picture and make some of its own. Clouds of it spill over and run into each other, gradually coming to rest.

Describing wild, paint-heavy works that he made in the 1970s, de Kooning once said that he felt like “a man at a gambling table [who] feels that he can’t lose. But when he walks away with all the dough, he knows he can’t do that again.” Here things are fading away or have already been lost, and are being grappled with. Get up close to those whites. De Kooning has buried layers of lines and shapes underneath, just barely visible. He was making do with less, finding new pathways in a medium that he spent the century defining. (Through Dec. 21)

Update, Nov. 12: An earlier version of this article incorrectly stated that this was Mr. Elderfield’s first project for Gagosian. He of course also organized a superb Helen Frankenthaler survey there earlier this year. 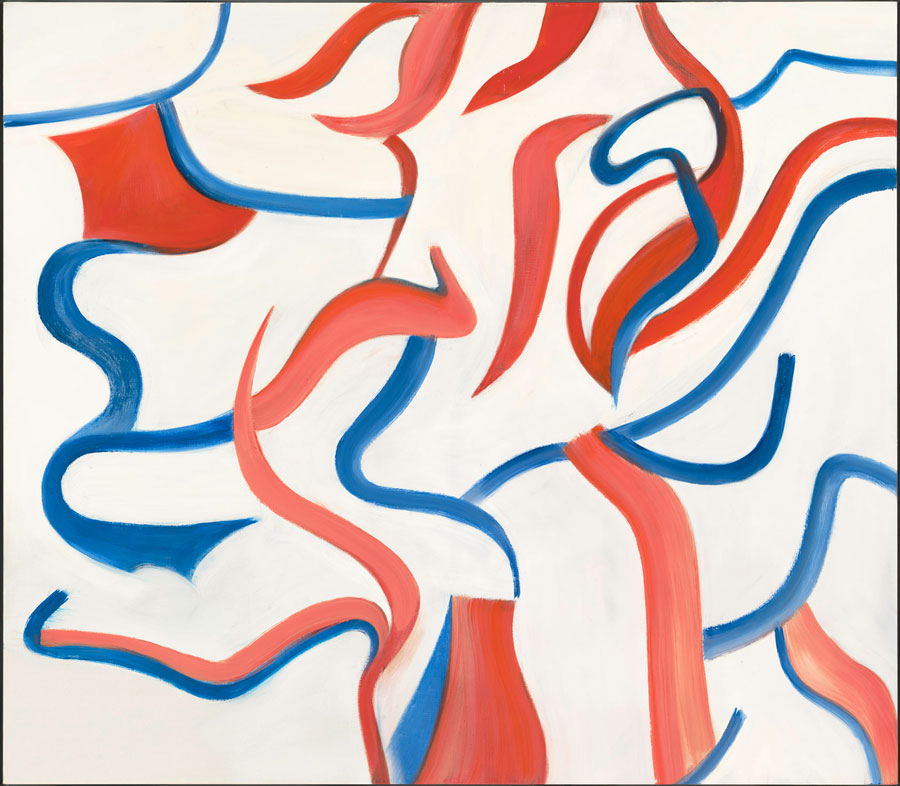