The Union City Mayor delivered 17,000 turkeys to residents this year as part of his annual monster Thanksgiving Day bird drive.

The Democratic State Party Chairman received enthusiastic support from all corners of the Democratic Party in his bid for a full, two-year term as chairman.

The Harvard University student from North Bergen heads to England as a Rhodes Scholar.

The Newark North Ward councilman, a candidate for mayor, demonstrated organizational strength this week with his turkey drive and endorsements by three out of the five ward chairmen, but he is about to take a hit with the reorganization of the Newark Police Department’s command structure, where the veteran councilman enjoys the confidence of key allies.

Acting Mayor Luis Quintana has tapped the former councilman to serve as Newark’s deputy police director, according to a report by The Star-Ledger’s David Giambusso.

The South Jersey radio host conducted a bombshell of an interview with Assemblyman Chris Brown (R-2) that went statewide on Wednesday.

A court convicted the former union officer from Local 164 of the International Brotherhood of Electrical Workers (IBEW) of embezzling funds by ensuring his then-girlfriend got paid by the union for unauthorized and unnecessary work, according to U.S. Attorney Paul Fishman.

The Assembly Transportation Committee issued a subpoena Wednesday to compel the Port Authority of New York and New Jersey Executive Director to appear before the panel. Committee Chair Assemblyman John Wisniewski clearly was dissatisfied with the testimony Monday by Authority Deputy Executive Director and former Sen. Bill Baroni concerning the September lane closures at the George Washington Bridge that made for a traffic nightmare in Fort Lee.

Gov. Chris Christie stung the head of the NJ Latino Leadership Alliance this week when he announced that he would not sign the DREAM Act in its current form. Perez and his organization supported the re-election of the governor, and bill sponsor state Sen. M. Teresa Ruiz (D-29) says changing the bill “could essentially gut” the proposal.

The Bergen County executive released her campaign-kickoff invites with the name of a legally embattled mayor, William Roseman of Carlstadt, at the top of the list of special guests.

The residents of Trenton

The building indicted Mayor Tony Mack claims is his residence on a personal bankruptcy filing shows no signs of occupancy and recorded next to no usage over the last five years, according to a report on NJ.com.

In dead last, the Maryland Governor gets just 2% of the Democratic Primary vote in a CNN 2016 Presidential Poll released today. The poll shows former Secretary of State Hillary Clinton getting 63% of the vote, followed by Vice President Joe Biden (12%). 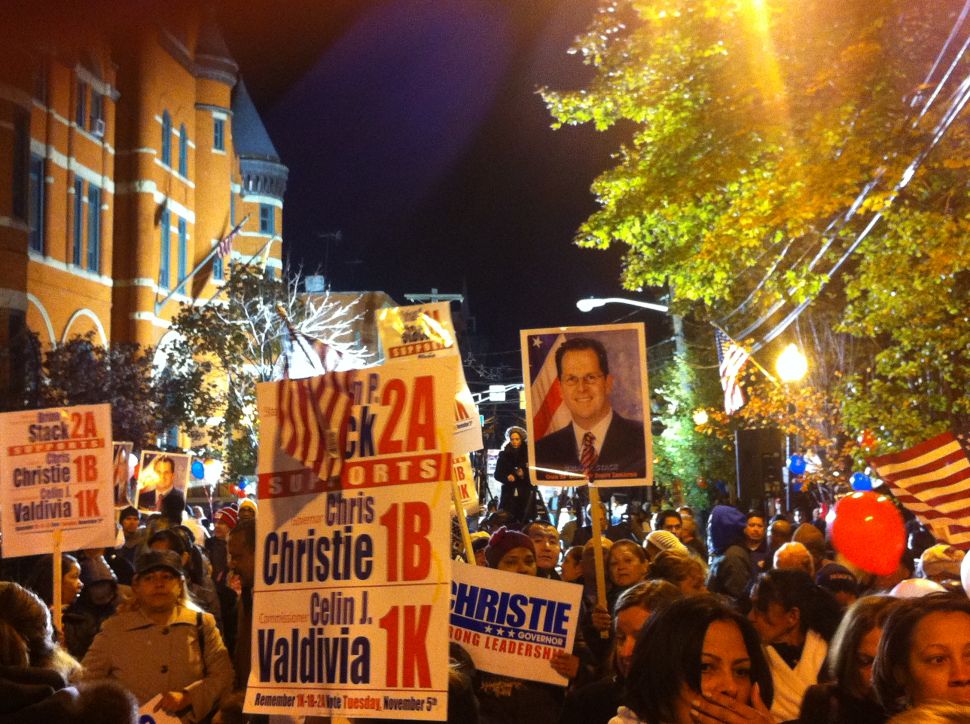