A Quinnipiac University Poll this week showed the New Jersey governor in a statistical dead heat (42-43%) in a 2016 presidential match-up with former Secretary of State Hillary Clinton, showing Christie to be a better general election prospect against Clinton than Rand Paul (40-49%), Ted Cruz (36-51%), or Paul Ryan (40-49%).

The deputy chief of staff and district director for U.S. Rep. Rush Holt (D-12th) filled a vacancy on the Ewing Township Council caused by the resignation of former Council President Hilary Hyser, who now works for the township.

Incoming Assembly Budget Chair Gary Schaer will tap the highly regarded political operative as his new Chief of Staff. Braz (pictured at the top of the page) will leave his position at 1199 SEIU as Political Coordinator. He previously served as Chief of Staff to Assemblywoman Annette Quijano and as GOTV Coordinator for the District 38 Democratic campaign in 2011. He also worked on Congressman Rush Holt’s 2010 campaign.

The former Newark councilwoman, now a candidate for the city council in the Central Ward, held a successful fundraiser this week. Both former Mayor Sharpe James and state Sen. Dick Codey (D-27) attended.

After helping to navigate the re-election victories of all South Jersey Senate allies, the Senate President (pictured) stood with the governor and the CEO of United Airlines this week to bask in the announcement of new jet airline flights to Atlantic City from Houston and Chicago. NJBIA President Philip Kirschner called the news “great for New Jersey,” and said that United’s decision to offer “regular service from Chicago and Houston will provide a big shot in the arm to the Atlantic City economy. The new service being offered by United has the potential to bring tens of thousands of visitors here to fill Atlantic City’s hotel rooms and allow them to take advantage of everything the fine casino resorts have to offer.”

The CEO of Rutherford-based public relations firm MWW announced this week that the recipient of the nearly $5 million Stronger than the Storm state contract formally acquired Parys Communications, a top boutique communications consultancy in London specializing in the corporate, consumer and B2B spheres.

The senator’s DREAM Act, which would allow undocumented students to both receive in-state tuition and be eligible for financial aid at state schools, came out of the Senate Budget and Appropriations Committee this week and is currently making its way through both legislative chambers with strong Democratic Party support.

The chairman of the East Orange Democratic Committee received backing from all corners of the county this week in his quest to assume the chairmanship of the Essex County Democratic Committee. Party members will formalize their support for Jones tomorrow in West Orange. The Democrat will succeed the late Mr. Phil Thigpen, who died last week, age 87.

The veteran senator from Newark, chairman of the New Jersey Legislative Black Caucus, servd as the keynote speaker this week at the National Black Caucus of Local Elected Officials luncheon and awards ceremony at the Congress of Cities in Seattle.

They called him crazy for six months, right up until the day the Atlantic City GOP Municipal Chairman savored Republican Don Guardian’s shocking victory in the AC mayor’s contest.

He may yet pull out a win, but the likeable LD 2 Republican lawmaker from Margate slid from a 44-vote lead over Democratic challenger Vincent Mazzeo down to two votes Tuesday night before the Board of Elections completed the process with some 118 provisional ballots deemed unfit for salvage. A judge may or may not disagree with that assessment as the case heads to court today.

S2369  advanced out of the Senate Economic Growth and Agriculture Committee this week, requiring residents in high black bear concentrated areas to use bear-resistant containers or dumpsters. While bears’ access to loose treats would be limited if this bill passes, S2369 champions argue that the bill would help reduce human-bear encounters and is therefore ultimately beneficial to bears.

The Port Authority of New York and New Jersey

In an interview with CNN’s Jake Tapper, the Alaskan train wreck who did not finish her term in office said it was hard not to comment on Christie’s appearance because it is “extreme,” and called  the New Jersey governor a “special case.”

With Gov. Chris Christie at the top of the ticket, the organization lost a freeholder seat (see above), missed an opportunity to take out state Sen. Bob Gordon (D-38), trails in the LD38 Assembly fight heading into court and now faces the prospect of trying to unify dreaded intra-party enemies behind the re-election effort next year of Bergen County Executive Kathe Donovan. They shouldn’t be down here. Christie won Bergen by 50,000, the GOP made gains at the local level, and the BCRO-backed Republican countywide ticket won the sheriff’s race and went two out of three in the freeholder contests. But a nagging fight between Donovan and the upper eschelons of the BCRO prevents the party from a full-strength showing and will continue to dog Republicans here in New Jerey’s most complex county until they resolve the rift. In a much written-about email blast, Donovan endorsed incumbent GOP Freeholder Maura DeNicola, but not the rest of the ticket, including John Mitchell. Mitchell lost in the county’s second closest election after the Assembly battle, to Democrat Tedesco.

In a report by New Brunswick Today’s Charlie Kratovil, the DEP announced that it has filed administrative orders alleging the New Brunswick Department “repeatedly filed false reports for various quality tests, submitted incorrectly calculated test results, and failed to notify the public when standards were not met.” 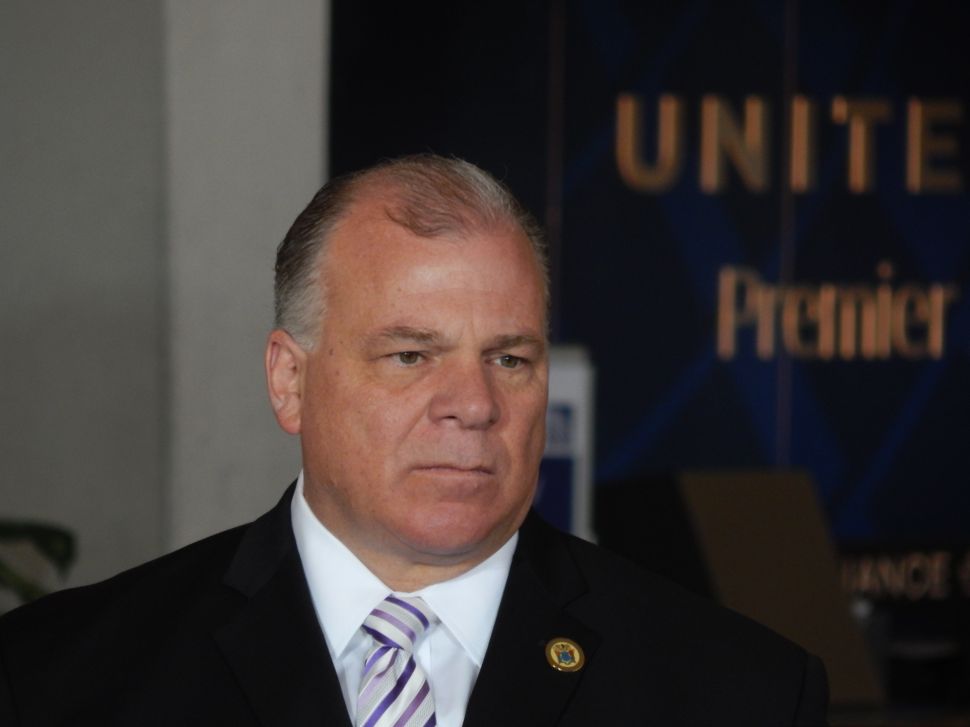