On the week of the fiftieth anniversary of his uncle’s assassination, the former congressman and his wife celebrated the birth of their daughter, Nora, in Pomona.

Republican governors this week elected New Jersey’s leader to head the Republican Governor’s Association (RGA). While Democrats gnawed on one another at the Shore, Christie answered the national trumpet blast of a wholly mangled party organization. The governor also staved off a loss in Trenton, where the Senate, failing to muster sufficient votes on the machines, tabled a pig crate bill the governor does not support.

Always adept at herding cats, the Senate President from Gloucester County again exerted himself as the person in the New Jersey Democratic Party who at this moment has the most skill at being able to handle large groups of people nagging for a chance to hang on his ear. He packed the room at One Atlantic, and stood alone at the top of his own escalator of power.

The National Order of Women Legislators announced that the highly regarded senator from Burlington County would be installed Thursday night as the new president at the Women of the Future Installation dinner.

The Mayor of Jersey City arrived in Atlantic City as the unquestioned alternative to Sweeney, leading a hipster Rat Pack of groupies in pursuit of Drumthwacket.

The beloved chairman of the Democratic State Committee wants a full two-year term and will get a full-year term, landing the key endorsement this week of Sweeney and other Democrats.

The Camden County Superior Court Judge received the support of the state Senate for an associate judgeship on the New Jersey Supreme Court.

The 29th District senator notched a win with the Senate passage of the DREAM Act she sponsored, which would enable undocumented students to receive in-state higher education tuition.

In campaign literature, the leader of the Hillside Democratic Committee depicted the incumbent independent mayor in absurd kingly attire, but that same leader’s candidate for mayor folded in behind Menza this week as Menza and challenger Councilwoman Angela Garretson head toward a Dec. 3 runoff.

Living vicariously through protege Fulop, the former governor was that Irish godfather presence at the bar in the Irish Pub during Fulop’s warmup for the rest of the League’s festivities.

The executive secretary treasurer of the NJ Regional Council of Carpenters proved a much sought-after presence at the League, where multiple beneficiaries of his campaign donations kissed the ring in thanks. With legs in both parties, Capelli also has close, brotherly ties to fellow carpenter Assemblyman Troy Singleton (D-7), who again was a popular partier at the League; and has helped position Republican carpenter Bruce Garganio for a run in the Third Congressional District.

Note to future event planners: the Speaker-elect received points for picking the best venue for a party – the exotic Foundation Room at the Showboat. If you were there on Wednesday you know that feeling of waiting for the room to suddenly fill with women in saris and dancing swordsmen from the Kushan Empire. Prieto backers took particular delight in the presence of Essex County Executive Joe DiVincenzo.

The Assembly majority leader was the welcoming host of his own successful Tuesday evening soiree ahead of Sweeney’s.

The Republican mayor-elect of Atlantic City looked like he still couldn’t believe that he’s the mayor-elect, but he is.

Imminent establishment pooh-bah, or Essex County Democratic Party renegade? No one seemd to know as the SEIU 1199 leader glided among the other guests at the League this week. But Silva, who just got run over in her bid to become lieutenant governor on a ticket with fellow Democrat Barbara Buono, impressed revelers with her resilience.

She’s getting better at public speaking, reporters said, but the lieutenant governor (and acting governor in Christie’s absence) still can’t get out from under the bubblewrap factor. The dual storylines of her tenure remain these: no one knows her, and she doesn’t do press avails.

There’s a mayoral runoff on Dec. 3 and the chair of the Hillside Democratic Party, at one time the powerful commander of the Union County Democrats, doesn’t have a candidate. Jorge Batista ran away from her to embrace incumbent Mayor Menza, and Councilwoman Garretson continues to run without the backing of The Chair.

The Hillside councilwoman produced more November 5 votes than Menza, but failed to get Batista on her side for the runoff in what insiders predict will be a squeaker on Dec. 3.

Friends of the Newark mayoral candidate continue to worry about his campaign, occupying bar stool after Boardwalk bar stool to fret about their friend’s political condition right now. Ramos was the man of the hour at his kickoff for mayor earlier this year, but now finds himself trying to figure out how to get back in the game ahead of next May’s nonpartisan election.

The LD 2 assemblyman wants a recount but the Board of Elections found him 38 votes shy of victory in his matchup with challenger Vincent Mazzeo, who appears to be headed for official victory.

The lame duck mayor of Atlantic City had to watch the Don Guardian Show unfold on the Boardwalk all week long.

There were glimpses of Ocean County power house George Gilmore, a successful comedy act by Assembly Minority Leader Jon Bramnick (R-21) and stalwart father-son appearances by the Keans, but overall the anemia of the GOP’s legislative effort – and Christie’s lack of coattails – showed in the dearth of state-level Republican hoopla all week.

The owner of a maintenance and cleaning supplies business this week admitted paying bribes to a Union County official and to defrauding the county of more than $120,000 in connection with the purchases, U.S. Attorney Paul J. Fishman announced. A Marlboro resident, Greer pleaded guilty to an information charging one count of conspiracy to commit mail fraud.

The former unemployment insurance clerk for the State Department of Labor and Workforce Development pleaded guilty this week to stealing $18,825 in unemployment benefits by using her access to the department’s computer system to redirect benefits from unemployment claims to her own bank account. Formerly of North Bergen, the Old Bridge resident pleaded guilty to third-degree theft by deception before Superior Court Judge Mark J. Fleming in Mercer County.  Under the plea agreement, the state will recommend that she be sentenced to 364 days in the county jail and a term of probation.  She must pay restitution of $18,825 and will be permanently barred from public employment in New Jersey.

They’re again leaderless, as Chairman Rich Levesque announced his intention to step away from the intra-party bloobath to spend more time with family.

The U.S. Senator from Kentucky said he and Gov. Christie should sit down and get a “fried Twinkie” to settle their differences. 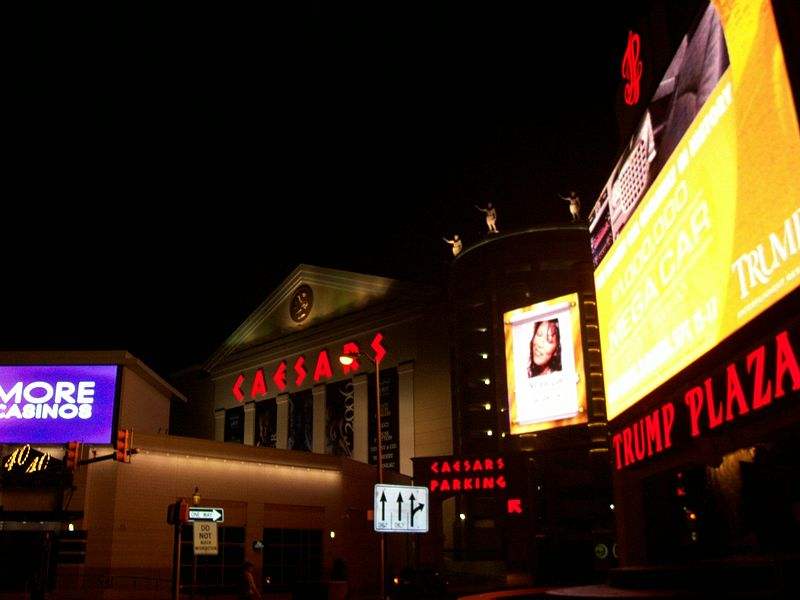