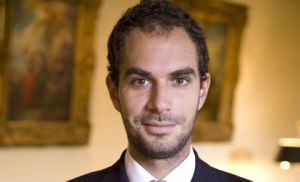 The New York Times reports that the Frick Collection has a new chief curator, following the departure of Colin B. Bailey, who left the museum in June to direct the Fine Arts Museums of San Francisco.

At just 34, Xavier F. Salomon comes to the head of the august institution from the Metropolitan Museum of Art, where he was curator of Southern Baroque paintings.

“He looks like if Dave 1 of Chromeo became an old master historian,” wrote one Gallerist staffer in an an e-mail to another. He begins in January.