“Newark needs a mayor who will stand up for working men and women,” said Kevin Brown, New Jersey 32BJ State Director. “Ras Baraka has shown leadership and commitment to making Newark work for working families. He is an ardent supporter of legislation that our members consider essential to make our city more livable, like earned sick leave, prevailing wage laws and in-state college tuition to the children of undocumented immigrants. Ras is a true progressive.”

Baraka said he was honored to receive the union’s support.

“32BJ leads the fight for justice and equality,” the councilman said. “In running for mayor, I am building an inclusive, broad-based movement of people and institutions empowered to transform our city. I look forward to working with 32BJ as part of the movement to create a more fair and just city.”

With 145,000 members in 11 states–including nearly 10,000 in New Jersey–32BJ SEIU is the largest property services union in the country and has a reputation for mobilizing members and voters to support endorsed candidates. 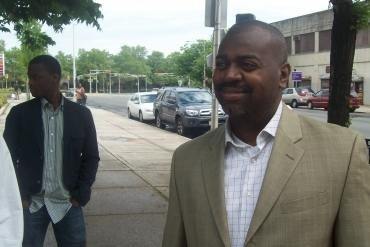