These nativity thieves are on more than one naughty list this year.

According to police, two of the three wise-men were abducted from a Long Island holiday display, causing terror among the community (and local news stations). The nativity scene, set up by the Saint James Chamber of Commerce, was nestled on the intersection of N. Country Road and Lake Avenue in Suffolk County until Monday evening.

“I guess there are some people who are haters,” one area-resident said of the incident.

According to WABC, the police are treating the Christmas capture as a hate crime. So far, there are no leads on the whereabouts of the plastic people, but Suffolk County Crime Stoppers is offering a $5,000 reward for any tip that leads to an arrest.

Hopefully they’ll be returned in time for Christmas — and whoever is charged doesn’t have too easy a time making jingle bail. 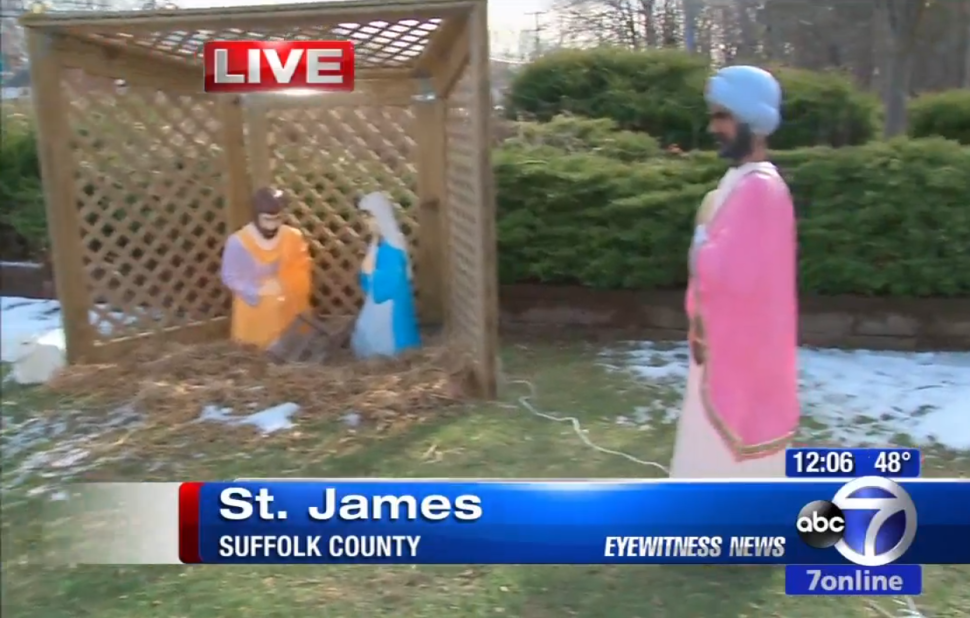