If you’re as addicted to QuizUp as we are, you’ll be thrilled to learn it’s probably here to stay for now, thanks to a $22 million shot in the arm.

Plain Vanilla Games, the studio that owns QuizUp, announced the fundraising round today. The participating investors included Tencent Holdings and Sequoia Capital, who led the round, according to a press release.

This more than quadruples the company’s total investment, bringing it to $27 million.

QuizUp is the fastest-growing iPhone game in history, according to the release. We suspect that’s due to a combo of attractive, smooth design and the ability to challenge your friends with the game and prove once and for all that you know more about celebrities than your boyfriend does.

CEO and founder Thor Fridriksson calls the game’s popularity “as exciting as it has been overwhelming” in the release. “We’ve been blown away by the number of people who are already creating communities in QuizUp to discuss and debate their passions.

QuizUp was released in November, and more than 5 million people are already using the app. The average player spends a formidable 30 minutes in the app per day, the release states.

Plain Vanilla games is based in San Francisco and Reykjavik, Iceland, which explains why we’ve never seen half the chocolate bars in the Name the Candy category before. 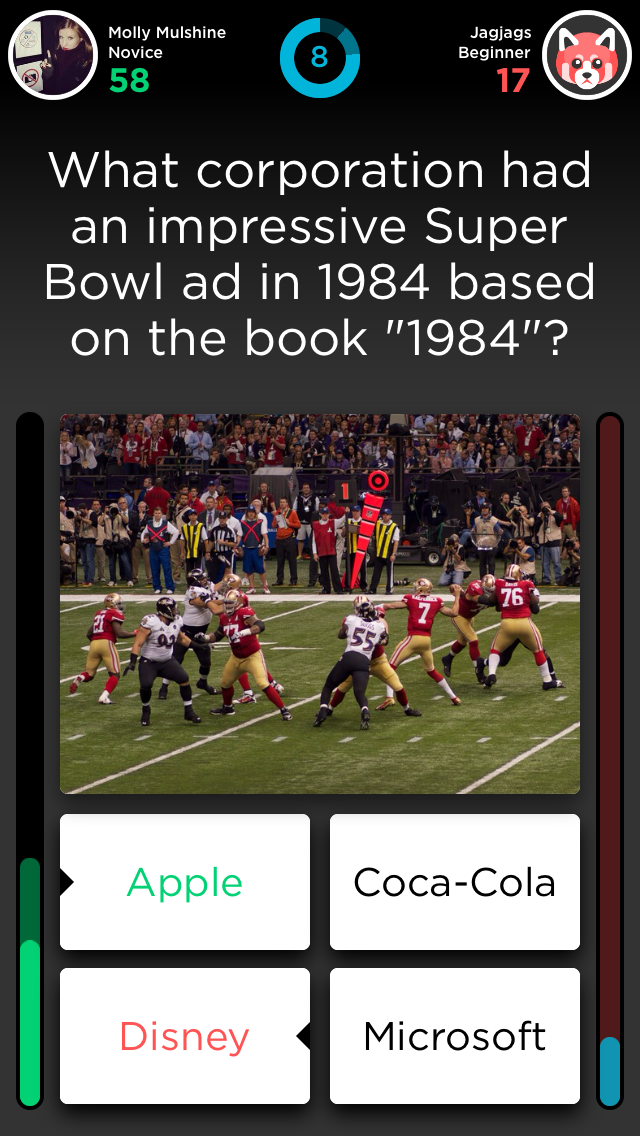