Peter Kaplan came to me in what had to be late 1993, and as we sat and discussed things, I said to him out of nowhere, “Do you know Charlie and Pauline Kaplan?”

He was astonished. He replied, “Charlie and Pauline were my grandparents.”

I said, “Charlie Kaplan was my uncle Clarence’s best friend, and Pauline Kaplan, whom I remember very, very well, came to my house to take French lessons from my mother.” Isn’t that amazing?

So that was the start of our relationship. I cannot speak highly enough of Peter, on so many levels.

Peter had two rare traits, which are even rarer to see combined in the same individual. One is an extraordinary kindness. That is hard to find but particularly so when accompanying a second trait: a brilliant intellect. I’d never seen that combination before and have never seen it since.

Peter and I were partners in the newspaper for the dozen or so years that he and I were at The Observer together. Peter and I discussed the stories in the paper before they appeared, and we, of course, discussed the editorial page, which I basically edited. We had a great team—one very strong writer after another. He was a superb talent, a gentleman with a rare quality of just plain niceness.

We enjoyed ourselves and became very close friends. We had lunch once or twice per week, and even in the last seven-plus years since I sold The Observer, we continued to have lunch once every month or two. We have remained in constant contact and would occasionally have dinner with Lisa and Linda. I just can’t say enough nice things about him on every level.

Arthur Carter is the founder of The New York Observer. 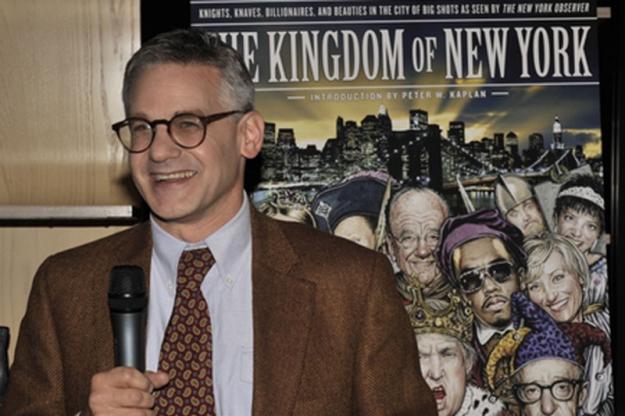