NEWARK – The images from Christmas 1914 linger in our collective consciousness: soldiers on both sides along the Western Front during World War I emerged from their trenches, enjoying an unofficial Christmas truce before the slaughter started again.

If the last few weeks serve as an unofficial survey of the Newark mayoral race, there will be no Christmas cease-fire in Brick City. Instead, the state’s largest city will be a political abattoir, with each of the four candidates trying to survive no man’s land.

The war is being fought on the streets, with North Ward Councilman Anibal Ramos, Jr. and South Ward Councilman Ras Baraka holding competing endorsement events. Both candidates want to be seen as the labor candidate in a city where union backing is still critical. Baraka was given the nod of approval by former Mayor Ken Gibson, Newark’s first African-American mayor. Ramos has projected himself as the candidate with the most organizational strength, with three out of five Democratic ward chairman behind him, plus a 4,000-turkey Thanksgiving citywide food drive to prove it.

In political combat, you need campaign funds. On this front, former Assistant Attorney General Shavar Jeffries and Ramos have taken the lead in stockpiling ammunition. Jeffries has raised nearly $600,000 in campaign funds; Ramos has raised more than $500,000, according to their respective campaigns.

The Baraka campaign is trying to catch up to Jeffries’ and Ramos’ fundraising efforts.

“We are reaching our fundraising goals and we will continue to build upon the momentum generated from the December 4th affair, which raised $70,000,” said Tai Cooper, Baraka’s campaign spokeswoman. “With additional fundraisers scheduled in the coming months, recent union endorsements and growing support from the business community, we are moving forward with tremendous confidence.”

The regular drums of war were rudely interrupted on Dec. 12 when an incendiary device exploded on the Newark political scene.

PolitickerNJ.com reported on Thursday that several Democratic sources indicated that Jeffries has met with Essex County Executive Joe DiVincenzo and South Jersey power broker George Norcross III to discuss his political future. These sit-downs suggest an alliance between North and South Jersey to ensure Jeffries’ victory in the May 2014 Newark mayoral election.

The mere mention of the name of Norcross, the most powerful Democratic statewide political player, set off a wave of sharp responses, including on Facebook.

“George Norcross, Joe D, nor [former Newark mayor and now U.S. Senator] Cory Booker or any other so-called power broker will decide Newark’s race. So that Mr. Norcross is put on notice, this is not Camden,” Rahaman Muhammad, a former local union leader turned City Hall advisor to Mayor Luios Quintana, who is a staunch Baraka supporter, wrote on Facebook. “We don’t take kindly to outsiders telling us who they choose to be our Mayor!

“You have made millions for yourself and your family off the backs of urban South Jersey and look what it has gotten their communities, Camden, #1 in murders and almost bankrupt. Now you have your eyes set on Newark.

“If a candidate running for Mayor has to go to power brokers outside this city to convince them he should be Mayor then that means Newarkers are not convinced he should win and it also means you should not cast your vote for this individual to lead you. We don’t need more people getting the blessing of power brokers – we need them to get the blessing of the people of Newark.

“Trust me, Mr. Norcross: you will be wasting your money if you think we will fall for it this time around. All this article has done is confirm what many of us have been saying for some time now that Shavar is not Newark’s choice – he’s the choice of those who want to continue to keep us begging for the scraps.”

“This is going to backfire. One thing Newarkers hate more than anything, especially with folks like Norcross, is anybody telling them who to vote for because they are more comfortable with a certain individual in office,” Muhammad told PolitickerNJ.com. “I personally like Shavar. I just think that this notion that he’s now the chosen candidate is the same thing we got when Cory Booker first ran for office. We’re not falling for it again. It’s not going to happen. We’re talking about Newark now. I can guarantee you that any candidate who believes that the blessing of the man in the south will equate to Newark residents supporting them will be badly mistaken come Election Day in May.”

The Ramos campaign strongly repudiated any inference that Joe D was straying from their side.

“This race will be decided by Newark voters, not by outsiders. Anibal Ramos has widespread, grassroots support in every ward of Newark and the strongest organization in the city,” said Ramos campaign spokesman Bruno Tedeschi.  “Nothing has changed since the county executive made an unequivocal, unmistakable, unambiguous and heartfelt endorsement of Anibal Ramos at his kickoff in May attended by more than 1,500 enthusiastic supporters. We appreciate the county executive’s support. He has been good for Newark and Essex County and the councilman fully supports his re-election for an unprecedented fourth term.”

“Everyone that’s here has to become a believer in Anibal Ramos because I support him 150 percent,” said DiVincenzo at the May rally. “With your support and Newark coming together as one, Anibal will be the next mayor of the city of Newark and represent everyone.”

The candidate who has been nearly forgotten in this race in Central Ward Councilman Darrin Sharif. Sharif rejected the idea that he would quit the race.

“Ninety percent of new economic development in Newark was in my ward. The Prudential office towers, Teachers’ Village, the Springfield Avenue Marketplace – I was at the table with the administration, working these deals out,” Sharif told PolitickerNJ.com. “I don’t need on-the-job training. I’ve been working on these projects for three and a half years. George Norcross and Joe D’s names are out there. But if people focused on my accomplishments, not on political noise, things would be different. If you’re asking why should the most qualified person, regarding our records, get out of the race, then I’m confused.”

The cerebral Sharif looked at the chaotic Newark political scene, where holiday truces are seen as weakness and not with wonder, and offered himself as the solution.

“My frustration is having to read about Baraka and Jeffries’ campaign people engaging in fisticuffs, when I’m trying to accomplish real things,” Sharif said. “Unless the city’s politics change, Newark and its neighborhoods will not get better. We’re working as hard as we can to raise resources. If someone gave me $200,000 tomorrow, I’d be ahead in this race. And If I get to the final, I’ll walk away with this race.” 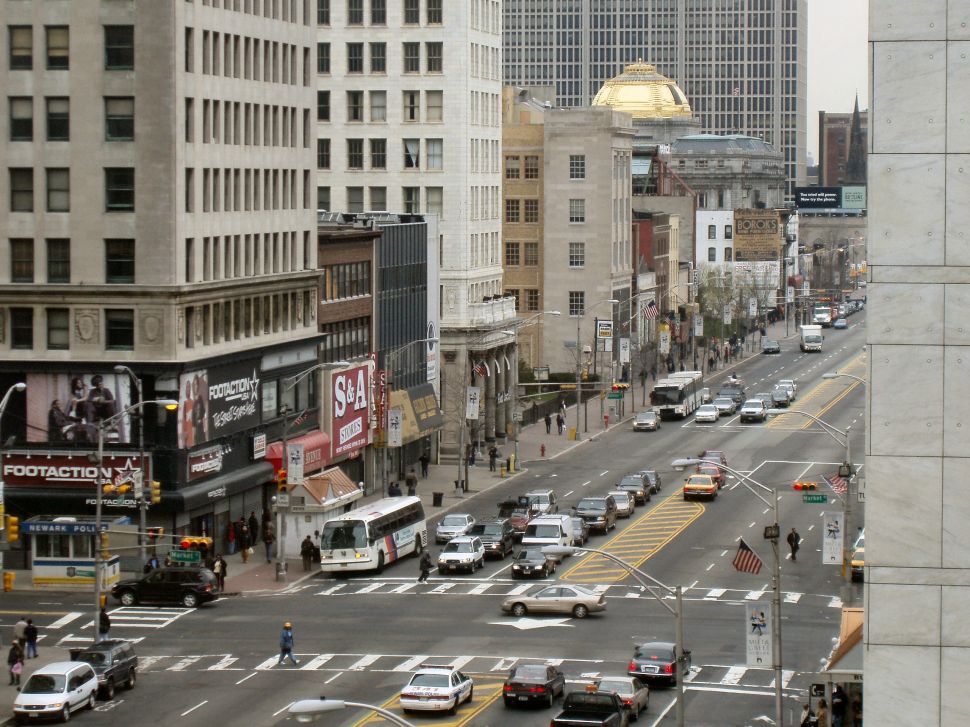