TRENTON – With bottles of Garden State honey samples arrayed on the table before them, the members of the state Assembly Agriculture and Natural Resources Committee looked at the matter before them and said in one voice: sweet.

The committee voted unanimously 5-0 to extend state Right of Farm Act protections to New Jersey’s commercial beekeepers, sending the bill on for a vote in the full Assembly.

The Right to Farm Act, passed by the state Legislature in 1983 and amended in 1998, protects commercial farmers from public and private nuisance actions and unduly restrictive municipal regulations.

“We’ve seen a tremendous growth in the number of people interested in honeybees, and in taking up the hobby and the business in New Jersey,” said Janet Katz, president of the New Jersey Beekeepers Association, while speaking in support of the measure.

“I’ve sat through many hours of municipal hearings in the instances where bees have been perceived as a problem. Instead of having 565 municipalities attempt to regulate beekeeping in the state, we see this measure as a positive step that will educate the public, educate the beekeepers and set up uniform standards that are enforceable at the state level.” 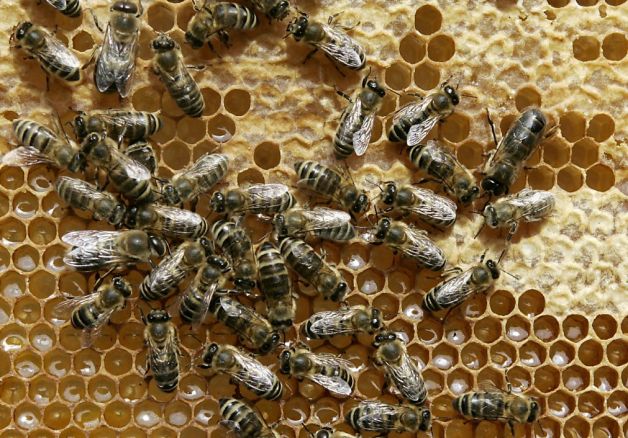