Mr. Shorris, who previously served in the Koch administration and as executive director of the Port Authority, will be charged with managing the day-to-day operations of city government and overseeing services and nearly every city agency–essentially serving as Mr. de Blasio’s right-hand man.

Currently a senior vice president at New York University’s Langone medical center, Mr. Shorris brings a wealth of government experience to the job. In addition to his time heading the Port Authority, he served as the city’s finance commissioner and deputy budget director under former Mayor Ed Koch, as well as deputy chancellor for operations at the Department of Education under Mayors Rudy Giuliani and Michael Bloomberg.

Also joining Mr. de Blasio’s leadership team will be Dominic Williams, his current chief of staff in the public advocate’s office, who worked as a policy director on President Barack Obama’s 2012 campaign. He will serve as chief of staff to Mr. Shorris.

And Ms. Wolfe, the former Working Families Party organizer who joined Mr. de Blasio in 2009 to help run his campaign for public advocate and went on to become his chief of staff and the deputy manager of his mayoral campaign, will serve as director of intergovernmental affairs in the de Blasio administration.

In her new role, Ms. Wolfe will be charged with working with the City Council, Congress and Albany lawmakers “to implement progressive policies that require legislative and executive support”–including Mr. de Blasio’s signature plan to raise taxes on the wealthy to fund universal pre-k, according to a release.

The picks–which comes less than a month before Mr. de Blasio’s inauguration–were announced today at the mayor-elects transition headquarters in Lower Manhattan in a room packed with reporters and cameras.

“We’ve set out to build a progressive, diverse and effective government for the people of this city. This team exemplifies those values, and each brings incredible depth and experience to the challenges ahead of us,” Mr. de Blasio said in a statement. “We share a vision for this city that leaves no New Yorker behind and together, we are going to lift up New Yorkers in every neighborhood and every borough.”

Mr. Shorris said he would hit the ground running and echoed Mr. de Blasio’s vision for the city.

“We are going to deliver progressive and effective leadership that sets the standard for cities across the country,” he said in a statement. “The rebirth of this city has been my life’s work, and I know its best days are in front of us. We have waited a long time for this progressive moment, and I am incredibly excited to join our new mayor and this team to take this city in a new direction.”

Updated at 11:47 a.m. with titles for Mr. Williams and Ms. Wolfe and at 12:41 p.m. with statements. Additional reporting by Ross Barkan. 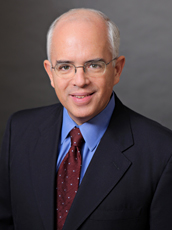