Outgoing Mayor Michael Bloomberg this morning praised his successor’s first administration picks and vowed once again to hold his tongue after he leaves City Hall at the end of the month.

Mr. Bloomberg said that he’d spoken with both Mr. Shorris and Mr. Bratton this morning before his weekly radio show and sounded content with the choices.

“Shorris used to work for our administration. Really good guy. And Bratton I’ve known for a very long time,” said Mr. Bloomberg, who has vowed to provide a “world class” transition to Mr. de Blasio.

“The best thing that could happen to us is that the city gets better. People keep saying, ‘Oh, we’re gonna miss ya.’ And I keep thinking to myself, ‘If they miss me then we didn’t do a good job.’ We’ve got to make sure that we help the next administration take what we’ve built, which we’re very proud of, obviously, and take it to another level,” he told host John Gambling.

Later, Mr. Bloomberg, whose third term ends December 31 at midnight, said he plans to attend Mr. de Blasio’s inauguration and then get out of his successor’s way.

“I arrived at City Hall by subway. I’ll arrive at that one by subway and leave by subway. And then I’m gonna go on vacation. Good luck, Bill,” he said.

“I will not ever criticize or get involved. New mayors don’t need that,” he said. “Every reporter’s gonna say: ‘What do you think about A, B and C?’ The answer is: ‘That’s not for me to say, and I’m gonna focus on lots of new things that will not step on or impact the decisions that the next administration makes.'”

In addition to Mr. Bloomberg’s departure, Mr. Gambling is set to retire this month after decades on city radio. And the mayor–who often gets in trouble for things he says on the show–joked that his departure was a blessing for Mr. de Blasio.

“You won’t have the opportunity to make de Blasio’s life miserable every Friday morning, get him in trouble for the Saturday paper,” said Mr. Bloomberg with a hearty laugh. “He doesn’t know how lucky he is.” 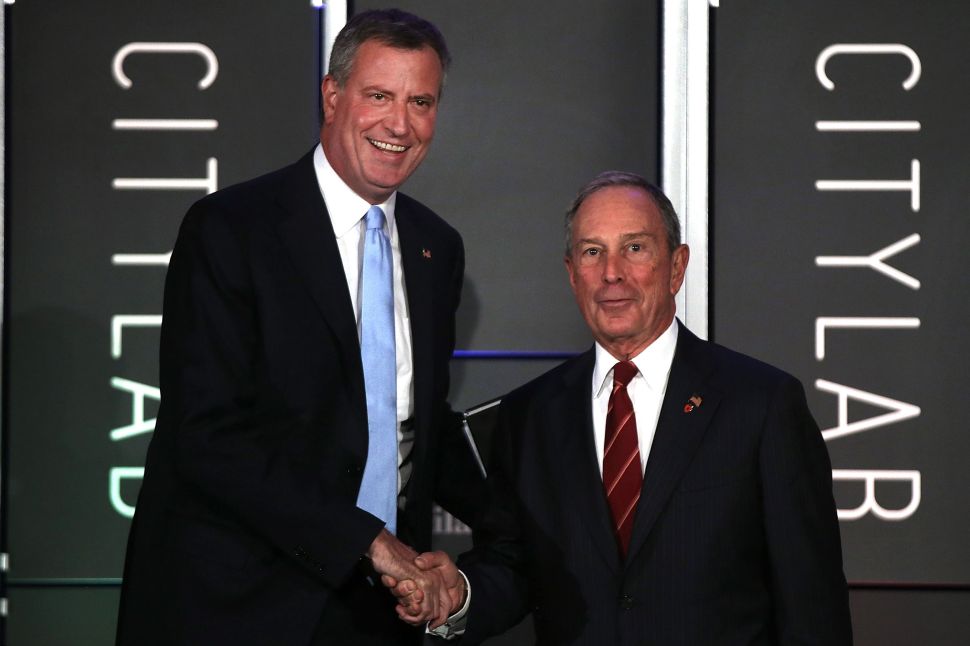