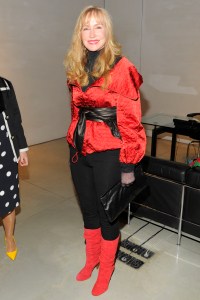 On Wednesday, Dec. 4, the heads of the international bureaus of Blouin Artinfo received an email from Louise Blouin Media Vice Chairman Bruce Ferguson, who joined the company in September and whom many of the editors had not met.

“LB MEDIA is in the process of re-structuring its editorial bureaus in order to respond to new contingencies,” the email read. “As a result, for the bureau and its site only, and effective immediately, there will be one bureau chief – you – and one translator only, of your choosing, only for the site. You will choose the translator who is expected to produce 10,000 words per week. Other contracts will be honored with payments until today only. A discussion of a budget for free-lance writers will occur in the near future. Thank you for your attention to this matter.”

The email meant that Blouin Media, which publishes the popular art magazines Art+Auction and Modern Painters, had effectively voided the freelance contracts of some 25 international web employees, though some affected by the cuts estimate that it may be more than that. This came as a surprise for most of the editors, since over the past few years the website seemed to be expanding internationally to 20 “portals,” to use the company terminology, each portal with a few writers, all of them working from home. At the time of the cuts, most international freelancers were owed around two months’ payment, which was why they would speak to The Observer only anonymously.

In an interview on Thursday, Dec. 5, Blouin Media President Ben Hartley, who acts as company spokesman, declined to give any details of the contract terminations, including how many employees had been affected or how much money the company hoped to save under its new model. (In a later interview, he also declined to comment on the email from Bruce Ferguson saying, “I’m not going to comment on internal and privileged communications from our vice chairman to our employees.”) Mr. Hartley even disagreed that the company was curtailing its international coverage.

“We’re going to provide the same coverage, just in a better way,” he said.

“Though, with fewer writers?” The Observer asked.

On the evening of Friday, Dec. 6, Artinfo posted a news story under the byline Blouin Artinfo that was essentially a press release about the canceled contracts. This included the line “[a]s part of the restructuring, LBM will transition 25 of its international editorial staff to work in a freelance capacity, while concurrently increasing its global freelance staff in the months ahead,” which would seem to be an inaccurate description of the situation, since the employees affected by the restructuring were already freelance. By Monday the post had been taken down.

Over that weekend remaining international Blouin employees received the following email from Ms. Blouin herself, the company’s CEO and sole owner, a rallying cry and a new model for the international sites moving forward:

Those who found themselves without contracts were distraught. One had been contracted as recently as this past summer.

“They expanded too quickly and now they’ve imploded,” one wrote in an email. “All of it seems like we’re just victims of Louise’s vanity project, but she has no clue whatsoever how to run a business.”

“You can’t speak logic to crazy,” one said over the phone, when asked why Ms. Blouin says she’s expanding when in fact she’d just let go a number of employees. “And I don’t think this is a terrifically stable woman. She’s certainly unsympathetic. To fire a spate of writers three weeks before Christmas should signal that alone.”

Two former Blouin employees claimed that their contracts included provisions that said neither party could terminate the contract without 30 days notice. “Some people came on later and had different terms,” this person said. “But I know what mine says.”

Yesterday longtime Blouin Editorial Director Benjamin Genocchio announced that he would leave the company to start a new journalistic art website with the art start-up Artnet.

Mr. Hartley said Mr. Gennochio’s departure is unrelated to the international restructuring. “Ben Genocchio is a true professional, a good friend and a trusted colleague,” he said. “I wish him well.” 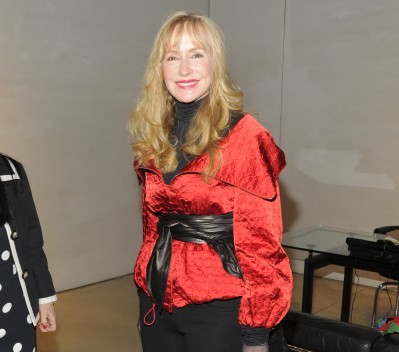