DEMAREST – Former Bergen County Freeholder Chairman Jim Carroll sent a message to all 700 members of the Bergen County Democratic Committee at the end of 2013 for a simple reason: to remind them he’s still in the 2014 Bergen County Executive’s race.

“I write to personally assure all members of the Democratic Committee of Bergen County that I have every intention of carrying out my pledge to run for County Executive, and I have no ulterior motive,” Carroll wrote in a postcard sent to committee members on Monday.

Up to this point, it has been in many ways all quiet on the Bergen front regarding the County Executive’s race.

In the meantime, while Carroll declared his county executive candidacy in May, no other Democrat has officially come forward. Bergen County Surrogate Michael Dressler, County Clerk John Hogan, Freeholder Tracy Silna Zur, Prosecutor John Molinelli and state Assemblywoman Valerie Vainieri Huttle (D – 37) are all reportedly considering, or are being considered, for a run against Donovan. The party will hold its county convention in March.

Whoever rises to the challenge, political observers believe a Democratic candidate has a good chance against Donovan.

She must contend with lingering lawsuits borne of the struggle between Donovan and the county freeholders over plans to merge the Bergen County Police Department and the county’s Sheriff”s Office. Donovan is opposed to the plan, while the majority of the freeholder board, now controlled by the Democrats by a 5-2 veto-proof margin, supports the move. During her battles with the freeholder board, Donovan has used her veto power more than 25 times since taking office in January 2011.

The public problems of Alan Marcus, the consultant who managed Donovan’s victorious campaign in 2010, and the presence of U.S. Sen. Cory Booker, who was raised in Bergen and is perhaps the most popular Democrat in the state, at the top of the Democratic ticket in 2014 are other serious challenges for Donovan.

Carroll, 60, served eight years on the freeholder board, including two as board chairman, before Republicans gained control of the board and the county executive’s seat following the 2010 election. Retired after 35 years of working for Verizon in its personnel office, he now works as a personnel hearing officer for Hudson County.

The former freeholder and Demarest mayor cited his experience as a prime reason for his decision to challenge Donovan, as well as the ongoing legal issues involving county government.

“The money spent on litigation alone is shocking,” Carroll told PolitickerNJ.com. “I can’t be in anybody else’s mind, so I don’t know why I’m the only one who has come out to run. I sent the postcard out as a reminder of what I’m doing. In the end, it’s up to the county committee.” 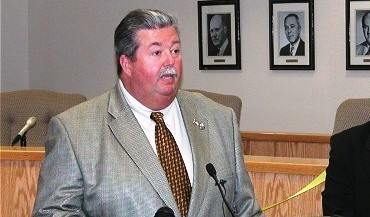